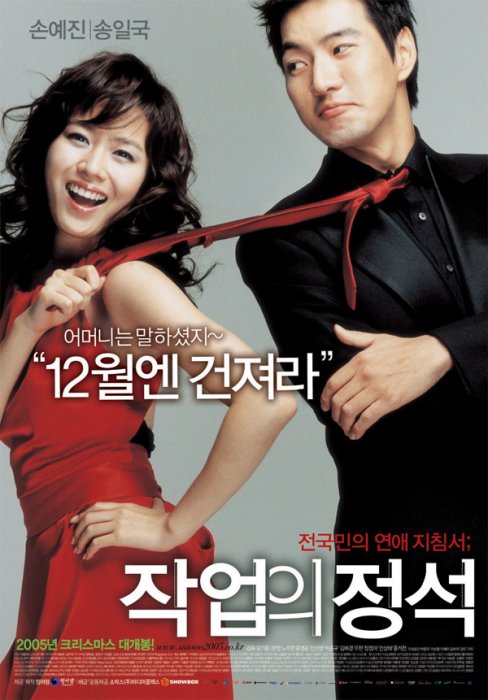 Han Ji-Won (Son Ye-Jin) is a successful investment banker. She is also graced with stunning looks and uses it fully to her advantage. Han Ji-Won has clients after her and many successful men also wanting to go out with her. Unfortunately for her, all the men that she has yet encountered are too easily wrapped around her fingers. As soon as she flashes her innocent eyes and pouts her lips the men fall for her.

That is until Han Ji-Won meets Seo Min-Jun (Song Il-Kook). He is a successful architect , but, as a chip off his playboy father’s old block, what he enjoys most in life is seducing woman. A new opportunity occurs when Han Ji-Won crashes her BMW into Seo Min-Jun’s BMW. An attraction exists between the two people instantly, but since they both enjoy the art of seduction, neither will easily let it be shown that they are charmed by the other person. A personal war of sorts starts between the two proud, clever, attractive persons in a battle to see who will give in first to the other person’s charm. 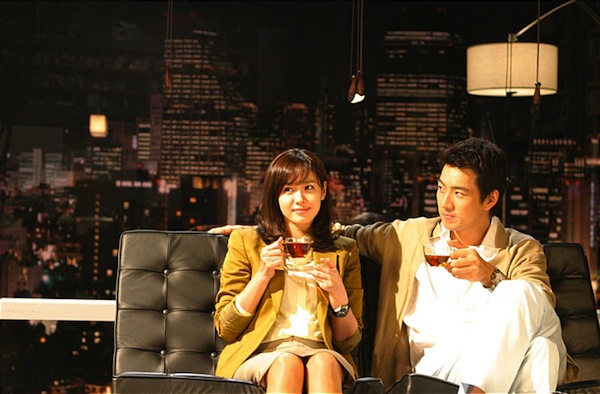 Jhosie Oct 20 2017 4:42 am Oh such a lovely movie! my fave Song Il Gook and with a dashing co star in Son Ye Jin! What a great pairing! Such a funny and lighthearted movie. Very enjoyable! Highly recommended!

Eskimo Apr 03 2014 11:15 am This movie is brilliant and genuinely hilarious! This is one of the Korean best adult-romantic-comedy I've ever seen. There are moments where I literally laughed out loud, while I giggles like a little girl at most times. Son Ye Jin is an adorable seductress in this movie. Only she can turn a supposedly slutty bitch into a sexy cutie pie with an innocent vibe. Song II Kook did a terrific job too and the two of them makes a perfect pair. My favorite scene, as a guy, is no doubt the club scene where Son Ye Jin does her sexyyyy dance!! I don't mean to sound weird but I sometimes still replay that scene just for the thrill of it. The hospital scene that follows is also funny as hell. Conclusion is that I truly enjoyed this romcom. It's a movie that is extremely fun to watch together with your band of close friends.

Maria Batas Lalim Nov 08 2012 11:25 am Now I'm here in NJ USA but I was born in Philippines. This movie is really hilarious, two of them have chemistry, good actress & good actor song il gook, and I occasion watch this over and over again. Forget people's comments and gossip. You did a good job song IL took in ur movie. Your very handsome, talented, attractive, very proud to be husband to ur wife and good father to ur triplets. Congratulations to ur this movie. I hope u have more comedy romantic coming up this coming 2013. We love u very much.

I hope we can see your beautiful wife in ur homepage cuz she had a 3 handsome healthy baby boys. She did a really good job for bringing your sons in this world and she will be a great mother ^_^ I think their almost 8 months, am I right? I love to meet you, and ur amazing family someday with my son too. I love all ur drama and movies. Keep up the good work. We love you very much. Goodluck to your next project and achievement. Also for ur wife and ur sons, also forget all the jealousy fan and just pls show ur beautiful wife..ur wife is the best :D

KitKat Feb 14 2012 10:27 am Definitely had its moments, but the two main people didn't have much chemistry together. I kept watching because I don't like leaving things undone, but the ending just confused me and left me wondering what the point of the movie was. They spend the whole time using all these tricks to seduce the other, which *was* somewhat entertaining, but neither of them ever seemed like they were being genuine. There was no emotional hook for me, and that just left me not really caring what happened to the characters. That said, it did have funny moments and I always love seeing Sohn Ye-Jin (and it was especially nice seeing her in a role where she's hot and knows it) and if you're bored or a fan of the actors, it might be worth a watch.

Ki Oct 16 2008 10:13 am Two superficial people get together in a remarkably low brow romanric-comedy, with stupid site gags galore. It’s almost embarrassing to say, but I absolutely loved it! Maybe all the years of getting dinged on the head by unruly people are taking its effect on me, but I was pretty much hooked from the get go. The Art of Seduction reminded me in a way of Mr. and Mrs. Smith, but rather then a battle of two sexes using guns & ammo, Ji-Wan and Min-Jun used their wits and sexuality for their weapons of choice. There was about 5 scenes which had me laughing out loud like a mad man. I rarely go beyond a chuckle or a smile during films, so I surprised myself by laughing so much through their silly war of wits. The scene that had me cracking up the most would be when they were on Cheju Island. All their credit cards were frozen, because Ji-Wan’s jealous ex-boyfriend knew they would be on the island together, so he called their credit card companies and reported their cards as being stolen. Ji-Wan being somewhat of a goofy sadist wanted to see how far Min-Jun would go to please her. Knowing they didn’t have access to their credit cards and now stuck in a run down motel for the night, she still requests all these extravagant things in a subtle way, but with enough guile to make Min-Jun know that she wanted those things. She eventually mentions the fact that she is craving a nice glass of wine and Min-Jun decides to take her to an uber expensive wine bar. The fact that they both had no money and no credit cards didn’t matter. After Jin-Wan drinks one glass of wine, she states that she is ready to go. Min-Jun trying to play it cool, tells her to wait outside for him while he takes care of the bill. The manner in which he got out of that predicament had me laughing like a crazy man. Both of these characters may seem crass and superficial, but the manner in which their characters were played by the actors, Ye-jin Son & Il-guk Song, made them seem charming and amusing. If you’re in the mood for a stupid comedy that deals with two engaging characters battling in a ultimate war of wits, then check out Art of Seduction!