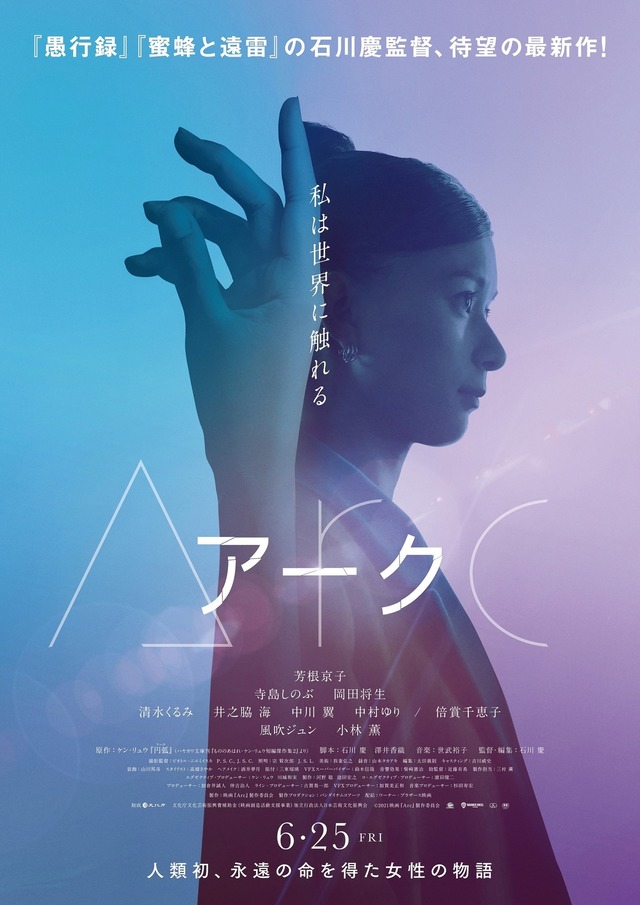 Set in the near future, Rina (Kyoko Yoshine) lives a wandering life and she meets Ema (Shinobu Terajima). Ema becomes a mentor for Rina and Rina begins to work for Ema. Her job is called body works, which is to plasticize dead bodies for people who lost loved ones. Meanwhile, Ema’s younger brother Amane (Masaki Okada) develops technology that is finally able to achieve immortality. Rina becomes the first recipient of the technology. She can now live forever, while having a 30-year-old appearance, but ...