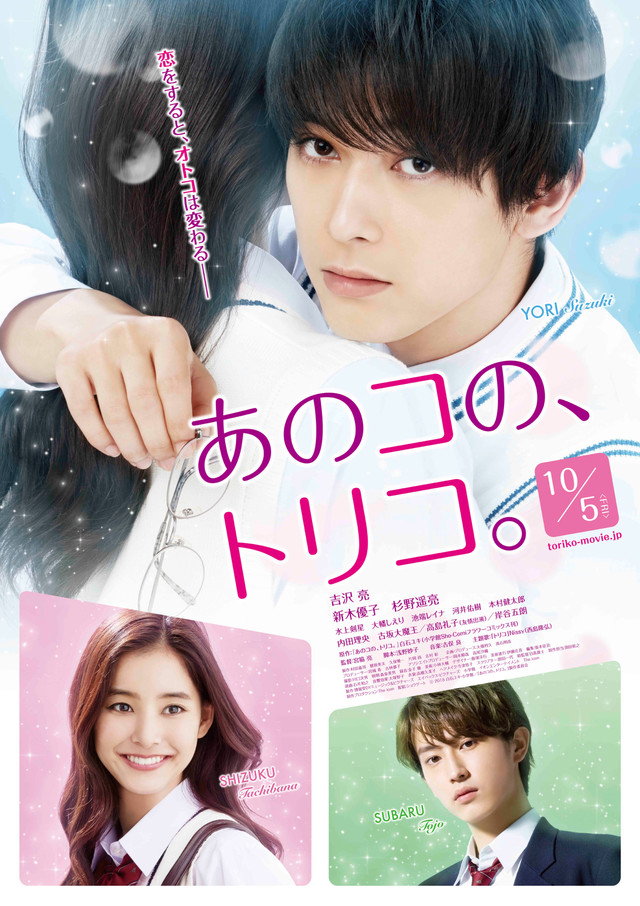 Yori Suzuki (Ryo Yoshizawa), Shizuku Tachibana (Yuko Araki) and Subaru Tojo (Yosuke Sugino) were friends when they were children. They promised that they would all become stars, but they moved away.

Now, Yori Suzuki is a high school student. He looks rather plain with glasses, but Shizuku Tachibana is a popular model and Subaru Tojo is a popular actor. Yori Suzuki decides to pursue his dream. He also has feelings for Shizuku Tachibana and transfers to the high school where she attends. Yori and Shizuku meet again. Yori becomes an assistant for Shizuku on her CM shootings. He happens to appear in a CM and gains popularity as the "mysterious boy."

Şüşi Jan 13 2020 4:06 pm Good casting but such a usual scenario. I mean it would be more with deep scenario

Blackcocoxoxo Jan 05 2020 9:50 am If you're looking for a fluffy, cheesy romance this is for you. But if you're looking for a 'fun but has a deep plot' movie, then I'm not recommending this to you. I love all of the casts and their professional act. But what I'm not quite satisfied within this movie, is the shallow character for Shizuku & Subaru. I honestly don't know the reason why Yori wanted to abandon everything to pursue her dreams? I also hated Subaru's character because the script writer didn't even gave the character to explain his reason why he actually felt inferior to Yori. This movie has huge potential, but I don't see them being executed wisely. Would rate it 7/10.