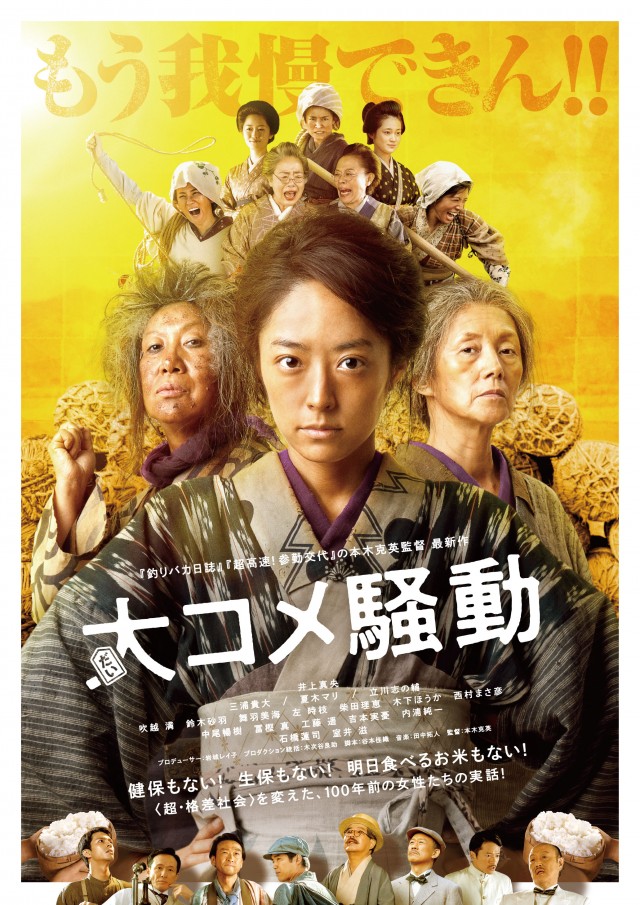 In August, 1918, Ito (Mao Inoue) lives in a coastal village of Toyama with her husband and 3 children. During the summer, there wasn't much fish to catch, so her husband has been far away from home to catch fish. To support herself and her children, Ito carries goods from ships like the other women in the village. Meanwhile, the residents encounter rising prices for rice. The women are unable to feed their family due to the high prices of rice. The women ask a nearby rice store to sell rice at lower prices, but it fails. The price of rice continues to rise daily. Due to an incident, Ito and the other village women step up to the plate.