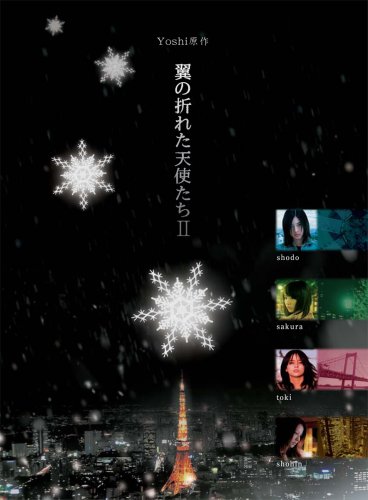 Now the excitement and drama are here again! After its first installment television run, the series Angels with Broken Wings, based on scripts by Yoshi, received more than 1,800 mails and letters from viewers lavishing praise on the series. And now it’s back again in a second installment!In the original versions of the Deep Love series, representative works by Yoshi that have caused a sensation, this installment includes one story that was not among those in the 1st installment and three other new stories written by Yoshi for this installment for a total of four. This is a must-see series for all the young people suffering hardships everyday and for their parents’ generation.1st night: Impulse (main role: Satomi Ishihara)2nd night: Confederate (main role: Erika Toda) 3rd night: Time (main role: Rosa Katoh) 4th night: Merchandise (main role: Karina). -- Fuji TV