And So I'm at a Loss 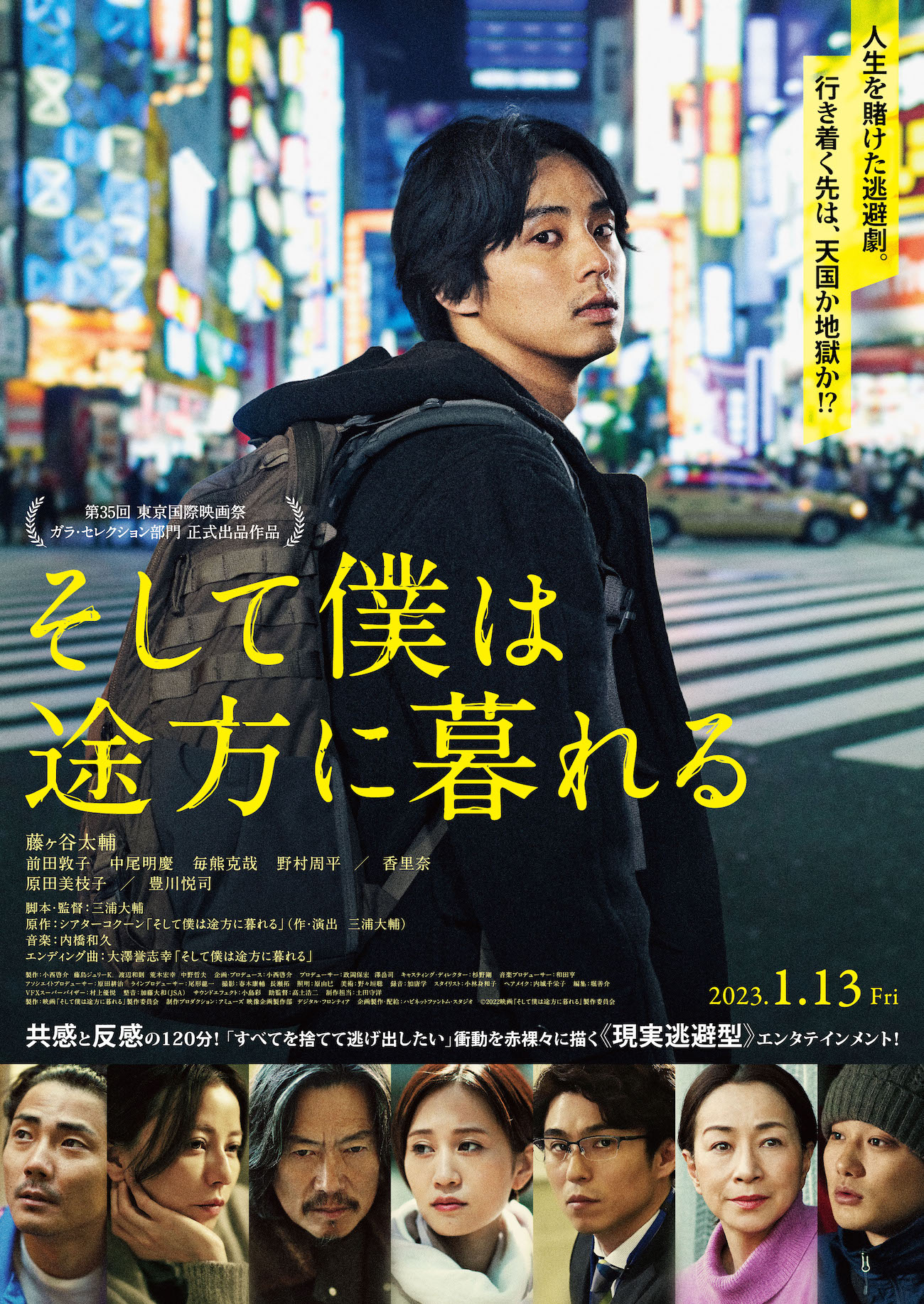 Yuichi Sugawara (Taisuke Fujigaya) is a freeter, who spends his days meaninglessly. He lives with his long-term girlfriend Satomi. One day, they start to argue over a trivial matter. The argument leads Yuichi Sugawara to leave their home. He wanders around and meets with his friends, sister, and mother. When he starts to feel uncomfortable around them, he leaves them behind. He then crosses paths with his father for the first time in 10 years. His father also ran away from his family, including Yuichi Sugawara, at that time. Yuichi Sugawara's father then invites him to come over to his house. Yuichi Sugawara accepts and he then turns off his smartphone to cut off all the relationships he has.