And Also the Eclipse 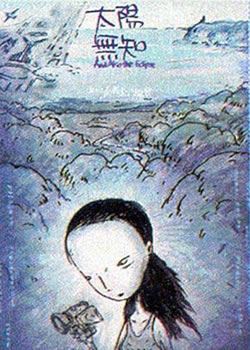 Flora has nothing to complain about her life. Her only problem is that she is sleepless sometimes. She is never bothered by love, even though her ex-boyfriend committed suicide. She tells herself that his depression causing his death happened only after they had broken up, and so it is not her fault.

She plans to travel to Egypt but she misses her flight. So, she just takes a ferry ride to an outlying island, Lantau, where the Hong Kong International Airport is situated. There, she meets Cent, the bartender, and her cousin. Befriending them, being with them, and talking to them all the time -- all this relaxes her, and her heart is finally opened and revealed. She is now floating in between her past and her subconscious, feeling dazed and confused.

It is a crucial moment for her to navigate the course of her life. The natural beauty of Lantau Island sometimes comforts her, and sometimes perplexes her. She can no longer lie to herself that she is all right. She has to do something in order to pull herself together.