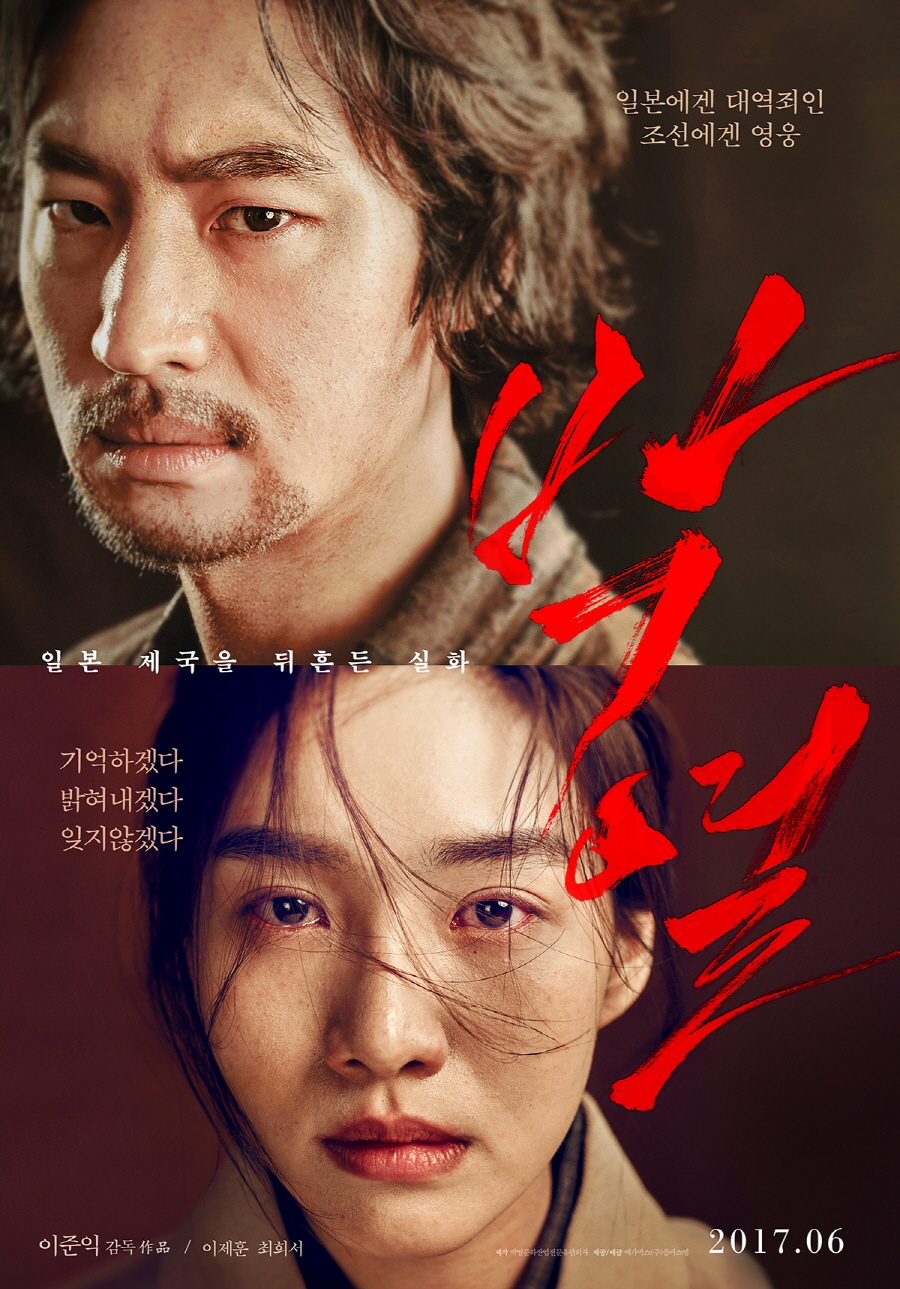 Mimitan May 25 2020 6:26 am This movie was filled with inspiration and is brilliantly performed by the two main characters. Their performance were so convincing and engaging it made you feel you are right there with them! Lee Je-Hoon’s talent and amazing performance should have been recognized in this film and received an award. I look forward to seeing more of his work and hopefully team up again with Choi-Hee Seo and ignite their great chemistry on screen!

Marie T Aug 06 2018 11:58 pm please tell me what is the name of the beautiful theme song/melody. Love Korean history dramas, this was so well done.

Hzwyfee Sep 22 2017 5:05 am This movie is excellent! The acting is wonderful and the composition is great. Whoever is responsible for it did a fantastic job with making sure everything was authentic to the way it looked in Japan at that time. Another thing that makes it interesting is the fact that the characters are based on real life people. The actor playing Park Yeol really looks like the picture of him. I was reminded of the other duo of that particular time in American history of Bonnie and Clyde. Mainly because Bonnie too stayed by her man no matter what. She too was an OG ride or die. I have been inspired by this film to look at more information in Korean history and the history of the Japanese invasion of their country. I've seen other stories about this terrible time in Korean history where there were "rebels" who chose to fight back for Korean independence and all were young and idealistic. Highly recommended ????

lee je hoon is my boy crush Sep 18 2017 1:04 am watching this movie last night at Korea Indonesia Film Festival. what a greaaaattt movie! i love the story, it's really entertaining yet beautiful. Choi Hee Soo are really good being Fumiko Kaneko. and....Le Je Hoon as Park Yeol bring this movie such a comedy genre, he's a brilliant!!!❤❤❤❤❤❤❤