All About My Wife 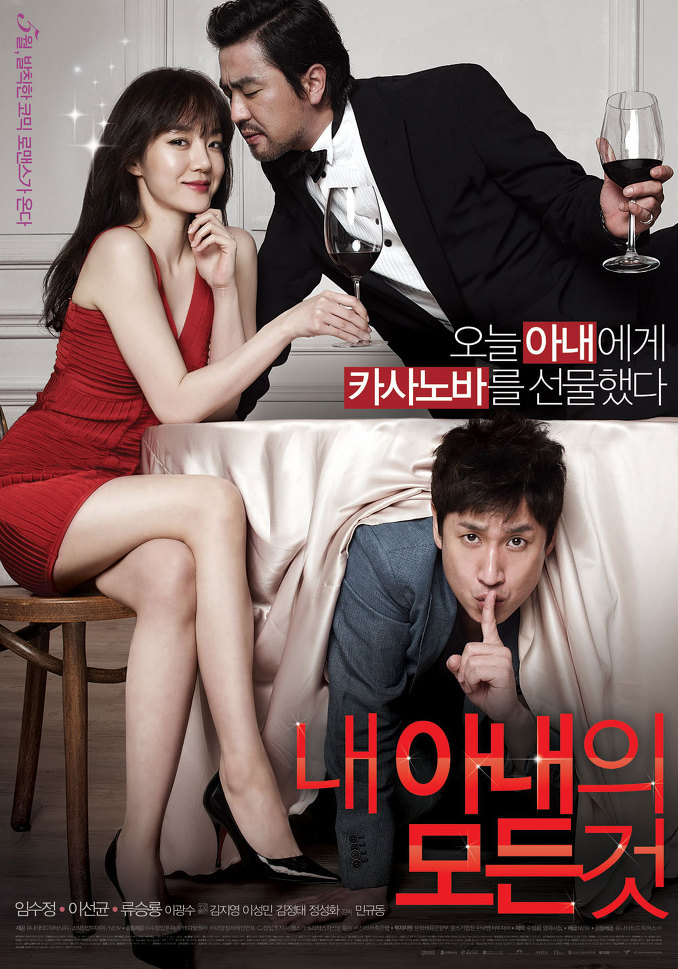 Seven years later, Jung-In and Doo-Hyun are a married couple. Jung-In is still an attractive woman, stylish and cooks with passion, but Doo-Hyun is miserable. He hates his wife's constant nagging and negative nature. He becomes so despondent that he contemplates asking for a divorce, but he is too meek to ask for the divorce. To get away from his wife, Doo-Hyun asks for a transfer at work.

Doo-Hyun is now stoked to be away from his wife. Elation soon turns back into despair when Jung-In suddenly appears at his temporary apartment unannounced!

A day or so later, Doo-Hyun notices several ladies who appear at the doorsteps of his neighbor. The ladies all seem desperate to talk to his neighbor and even fight among themselves. It turns out Doo-Hyun's neighbor is a legendary Cassanova named Sung-Ki (Ryoo Seung-Ryong). Sung-Ki has an extraordinary talent for seducing woman, but he wants to quit seducing women. Meanwhile, Doo-Hyun comes up with a plan. He pleads with his neighbor Sung-Ki to seduce his wife in order to get his wife to ask for a divorce! 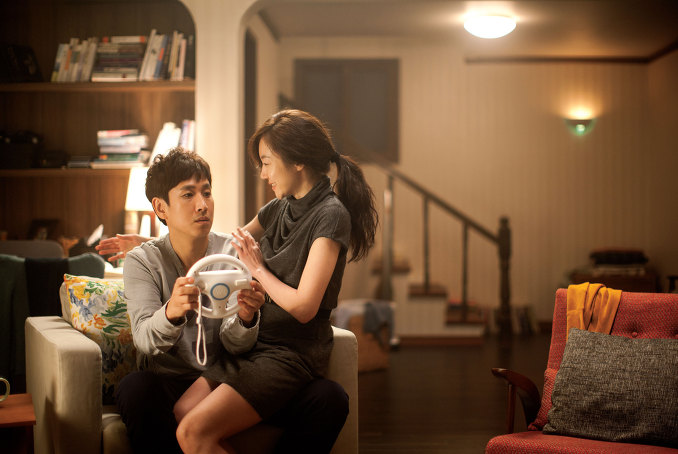 SPOILER Can't agree with the previous comments. I don't think she went back to the casanova but had a fresh start with her husband.

Ari Jul 09 2020 12:11 am If she didn't divorced her husband than it must be because of money but she must have continued to meet and do romance with cassanova (affair) because it's a fact.

Ari Jul 09 2020 12:07 am After the ending there is a new beginning she must have divorced her husband and went back to the cassanova because we can see in her eyes that she is totally in love with cassanova and they also spent romantic time at amusement park and in other places.

kez Jul 09 2013 4:21 am Woooowwww such a great movie! Although it has many hot scene.. But i love how beautiful Lim Spojung was and how Lee Sunkyun can spread his charms. I can't get his charms at Golden Time. Overall, this is a recommend movie! Yay!