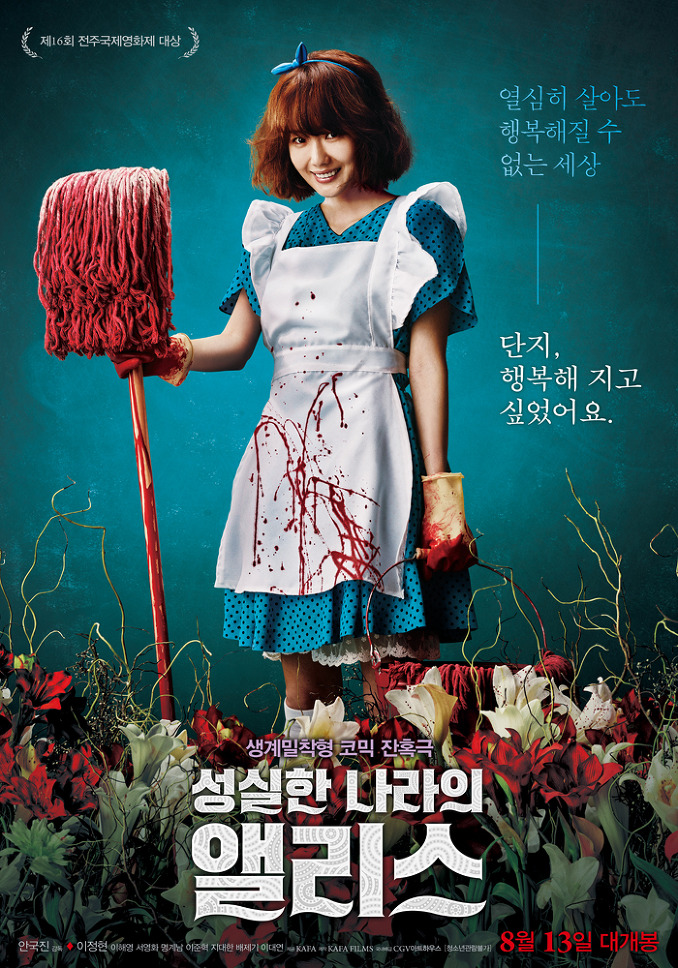 Since she was young, Soo-Nam (Lee Jung-Hyun) has been able to do anything well with her hands. She holds 14 different certificates for typing excellence, but a computer takes over her job. Luckily, she finds a new job and marries. Soo-Nam and her husband decide to buy a house. They take out a loan to pay for their home. Soo-Nam works hard to pay off the loan, but she falls into more debt. Then ... an opportunity arises to pay off all her debts at once.

Gika Nov 03 2017 4:36 pm This movie is quite strange but I enjoy this movie from the beginning to the end I wonder why the rating is so low.

slt Mar 21 2016 1:44 pm This movie is surprisingly really good! and Lee Jung-Hyun has made an amazing job (she is a real actress... and you know what i mean). Recommended without second thoughts.

Milton Sep 06 2015 9:40 pm Excellent movie! Lee Jung hyun's acting is so diverse and brilliant! She is willing to act in smaller budget films like " Juvenile Offender" and now " Alice in Earnestland." She isn't just some big budget movie egoist even though she has been cast in some big budget films like "Roaring Currents." Lee Jung Hyun goes for quality movie opportunities rather than just big checks.

LYA Mar 13 2015 10:03 am Yeah!! Excited already. Eventho the script seems so general, but lee jung hyun's acting really needed. And curious behind her ability to mimic others in once glance to give something new yet fresh in this movie. Looking forward for sure!