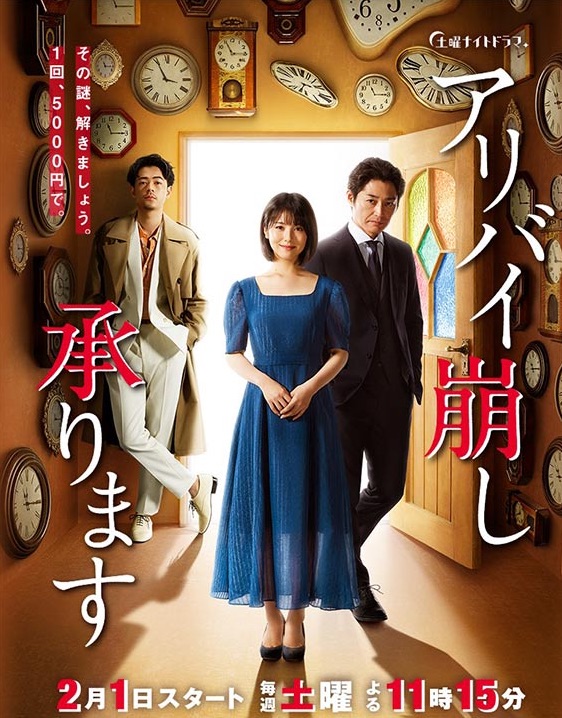 Tokino Mitani (Minami Hamabe) runs a watch shop, located on a street far from the downtown area. She is 20-years-old and inherited the watch shop from her grandfather. Unknown to most, she is also an excellent private detective and offers an alibi cracking service. She can crack someone's false alibi by using logic based on time and a watch. She gets payed 5,000 yen for that service.

Yoshiyuki Saji (Ken Yasuda) used to be an elite police officer, but he tried to uncover corruption within the police department. This caused Yoshiyuki Saji to receive a demotion to a police station in a rural city. He moves alone there, leaving behind his wife and child. He lives at a boarding house, where Tokino Mitani lives. Yoshiyuki Saji does not get along with the other detectives there. He struggles to solve a case and he hears about Tokino Mitani's ability as an alibi cracker. He doesn't want to ask for her help, because of his pride as a police officer, but he requests her help on a case.

Cherry Jan 12 2021 9:27 pm This is such a good detective film. It's not your usual dark and serious criminal drama. The mood is light, although the cases are actually serious and brutal. The way they describe the alibi reminds me of the days I'm reading Detective Conan. Sad that it's only 7 episodes long.