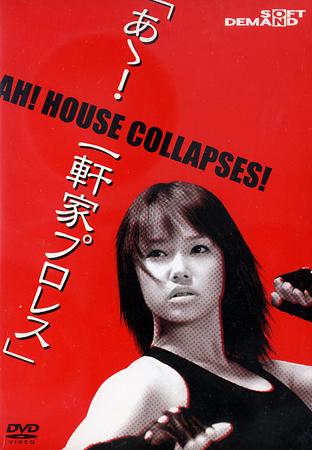 Real-life wrestler Shinya Hashimoto plays Shishio, a wrestler who builds a perfect home for his demure and pretty wife, only to have it destroyed in an off-the-ropes wrestling throwdown when his rival, Ichijoh (deliciously evil Westerner and real life K-1 fighter, Nicholas Pettas), shows up and starts throwing elbows. Shishio's wife is hospitalized and becomes infected with the Mermaid Bacteria, which causes her to grow fins, scales and start squeaking. Hoping that a new house will cure her, but weighed down by debt, Shishio accepts the offer of a fine new home from a sleazy TV producer. The only catch? His beautiful home is occupied by a team of evil wrestlers right out of a horror movie.