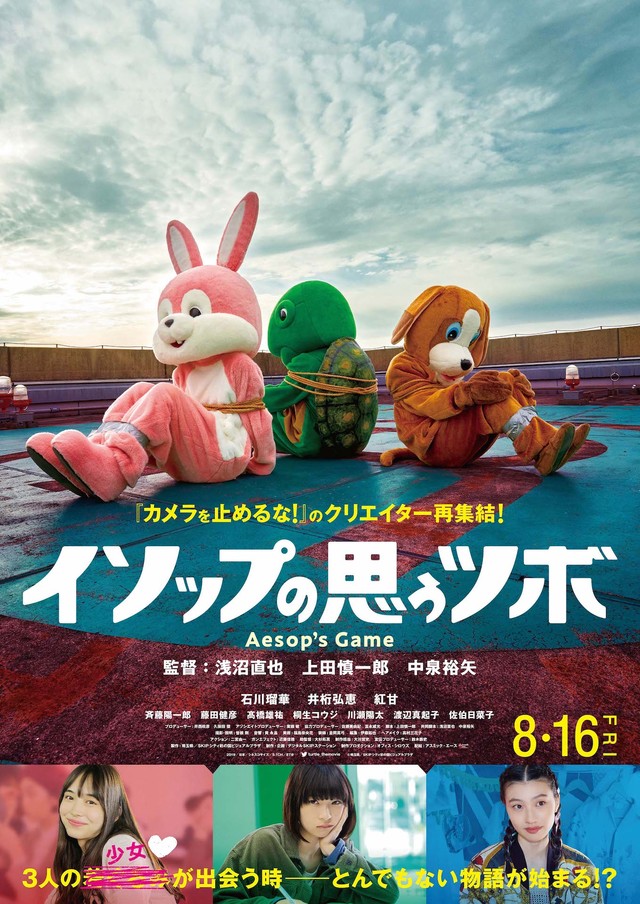 Miwa (Ruka Ishikawa) is a university student. She is introverted and her only friend is a turtle. Saori (Hiroe Igeta) is the daughter of a popular celebrity family. Koyuzu (Guama) works at a revenge agency with her father. Clients hire them to get revenge. Somehow, Miwa, Saori and Koyuzu double-cross each other in extraordinary ways.