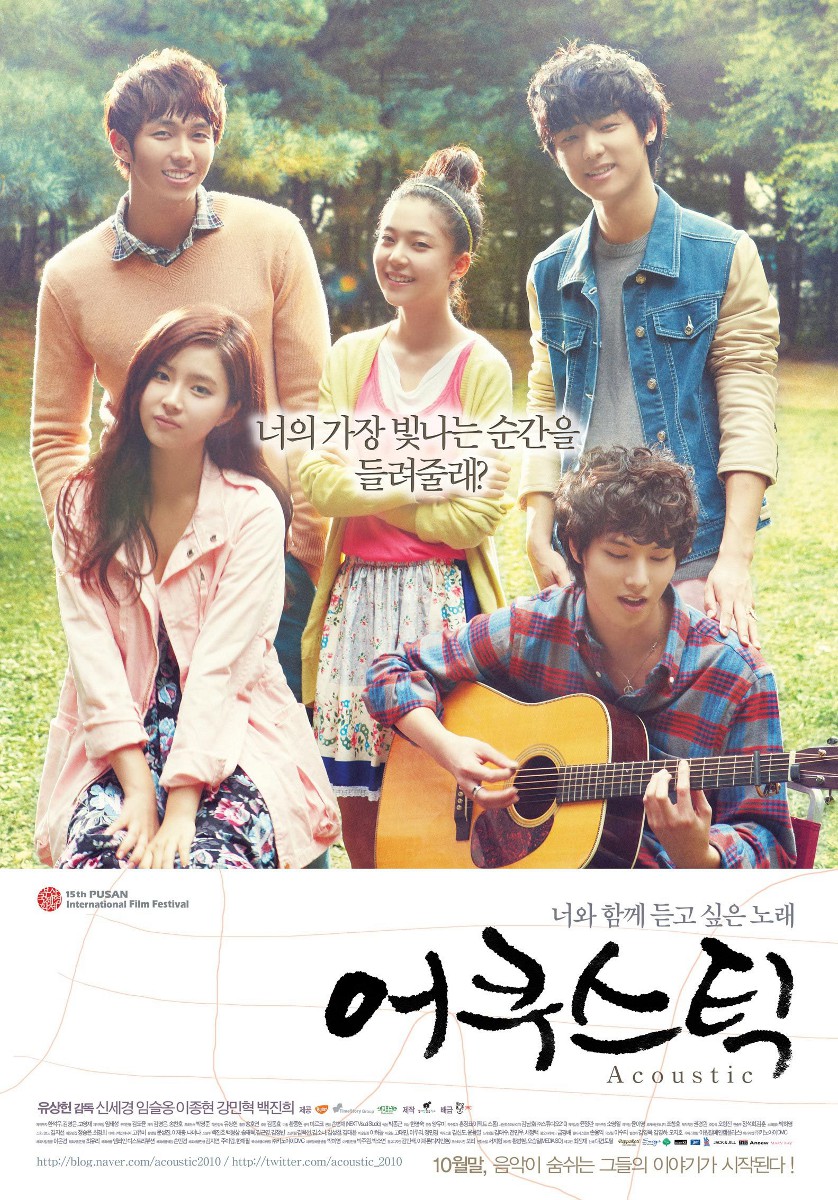 A singer-songwriter named Se-Kyung (Shin Se-Gyeong) has a rare disease so can only eat ramen.

Vocalist Seong-Won (Lee Jong-Hyun) and drummer Hae-Won (Kang Min-Hyuk) of a rock band decide to sell a guitar because they have no money.

A girl named Jin-Hee (Baek Jin-Hee) wants to keep a memorable song and Ji-Hoo (Im Seul-Ong) begins to fall in love with her.

"Acoustic" is an omnibus film story depicting these stories of love, hope, and music - all set within the Hongdae area of Seoul.

dkorr Apr 02 2015 4:54 pm The characters were good but the story is quite boring. I don't understand the concept of the story. Not even recognized as a movie !!. At first I was excited to watch it because I love all the casts but found it soo boring.

Ren Mar 11 2013 12:38 pm I loved each section of the film, but I did not love the film as a whole. The music for each one was okay, but I think my favorite was the first Broccoli song. If they would have continued the first story I think I would have loved the movie. The one about the guy musicians were too choppy. I didn't like that. I felt that it was just thrown together for that section. The last section was my second fav., I loved the futuristic elements of it and I honesty think that could have been a good movie too. Find out what happened to her parents, her hand, and then about the guy and he serving in the army for doing what he did. Find out why they are being bombed....just so much potential! uhhhh, I don't know why anyone would construct a movie this way, but oh well. I watched to the end and was just more disappointed.

Anisatul Hamidah Jan 23 2012 7:41 am i think this movie only for somebody who know well about acoustic... so far this film so much high level for me, i don't understand...and it's very bored although i am very like this actreess...:0

cy Sep 03 2011 4:29 pm i just want to ask to those who have watched this movie.. what was the song that the bakery owner (choi deok moon) was singing? thanks

helloSHW Jun 17 2011 9:21 am take my advice. this movie is seriously boring so much so that i couldn't even finish it.

Chrissy Apr 29 2011 9:20 pm OMG THIS IS KILLING ME!!! I cant find this movie anywhere :( If anyone could help me and show me a link to watch this movie with english subs that would be awesome. You'd be my hero.