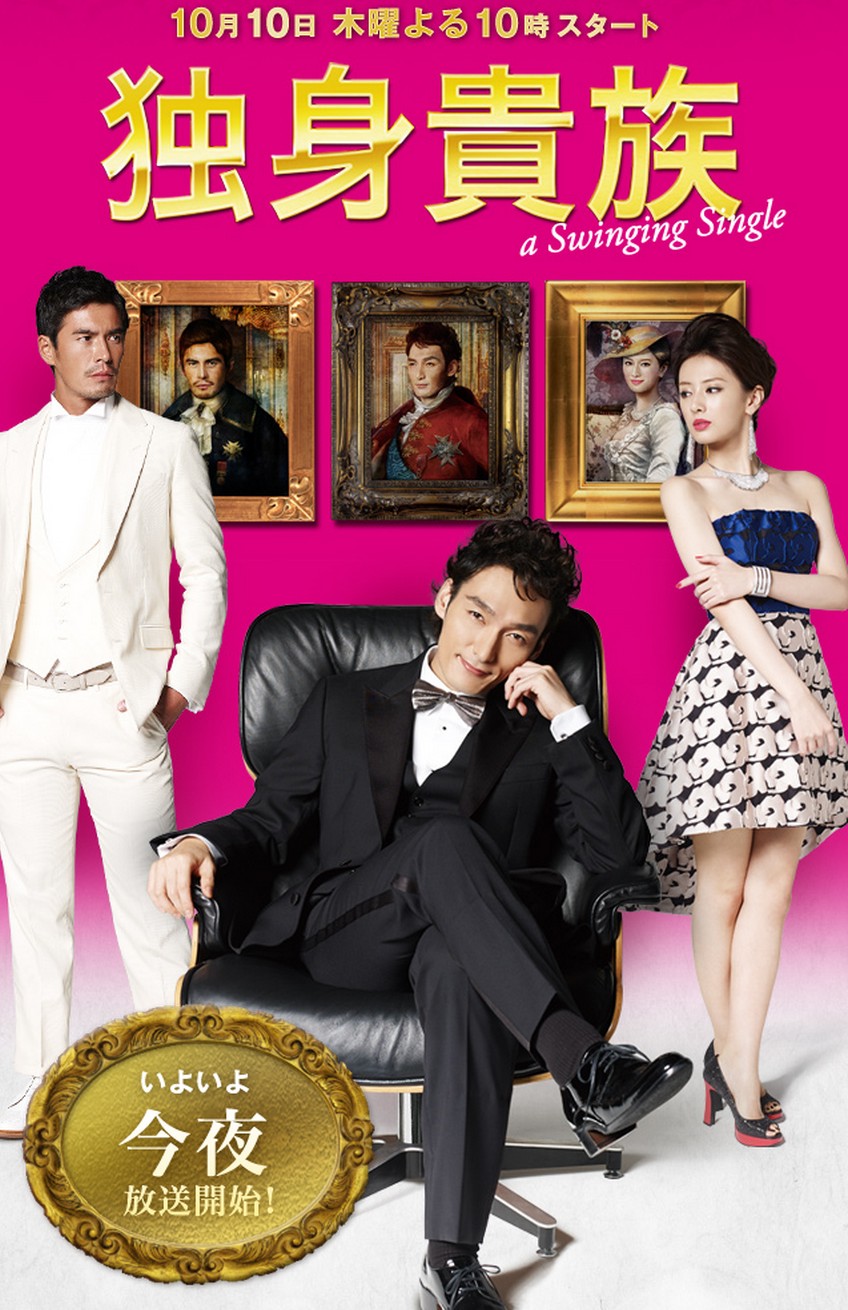 People call him "Noble Bachelor" (Tsuyoshi Kusanagi). He works as the president of a filmmaking company which his father established. He possesses a high degree of creativity and carries himself professionally at work. He's satisfied with being single.

People call her "Marriage Refugee" (Keiko Kitagawa). She dreams of writing a film script, but her love life and work prospects look dim. She is also hates men's view of marriage. "Marriage Refugee" isn't interested in marriage and works hard to achieve her dream. Achieving her dream though isn't easy and she has recently given up on her dream. Now, she does housework as a part-time job. Something unexpected occurs.

The lives of these three people cross and their lives begin to change.

Fram-chan Apr 07 2015 4:55 pm I much prefer Susumu than Mamoru. A fish can has better expressions better than him.

Jaimy Dec 28 2013 5:35 pm i LOVED this Drama, the story plot, the characters ..everything about it was Amazing. i so rate this 5/5. Kusanagi was Brilliant , Keiko was a Super Star and my Fav was Taisuke and the character he played (Kawagoe-kun) gave the drama a touch of humor. All in all this was one of the Best Drama i have ever watched (^w^)

Dramawatcher Dec 10 2013 8:46 am Does anyone know how many episodes are there to this drama - a swinging single.

Mic Nov 29 2013 8:30 pm Ok, this is really driving me crazy! It's already episode 9, and everything in the drama is pointing to Mamoru and Yuki are made for each other, but they are still not together! Guess it will be the finale when they finally get together. Ahhh frustrating!

Mic Nov 16 2013 7:57 pm It's already episode 6, when are they going to tell Yuki and Mamoru's story?? I am getting impatient seeing Yuki and Senmu together the whole time!

msPeachy Nov 03 2013 11:13 pm Just watched the pilot episode and I enjoyed it. I like Mamuro. Excited for the other episodes.

Mic Oct 28 2013 4:57 pm Still only three episodes out, but I really enjoying this drama. Like the characters, the flow, the humor and such. And Moon River as background music is just awesome!