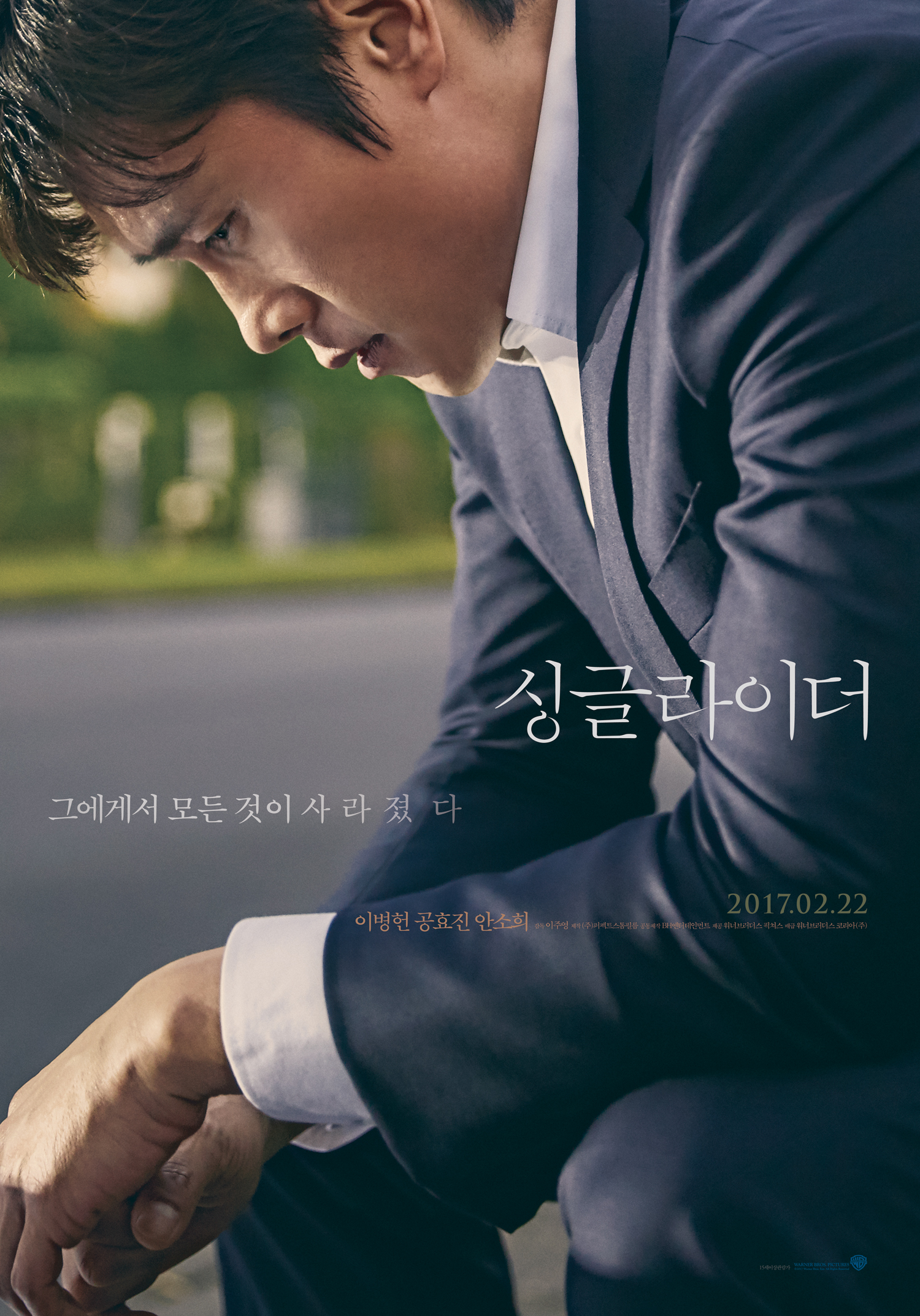 Jae-Hoon (Lee Byung-Hun) works as a branch manager for a financial company. The company collapses, ruining the lives of its clients and employees. Jae-Hoon has lost everything in the collapse. He buys a plane ticket for Australia where his wife Soo-Jin (Kong Hyo-Jin) and son live.

There, Jae-Hoon meets Ji-Na (Ahn So-Hee). She has worked in Australia for 2 years while on a holiday visa. She turns to Jae-Hoon for help. Meanwhile, Jae-Hoon watches his wife and son from a distance.

Rhodora Mar 08 2020 6:54 pm He is one of the best actors for me❤️ Mr. Sunshine as Eugene Choi wow! Excellent! His eyes express an amazing emotion❤️ I will try to watch all your movies and dramas. GOD BLESD YOU?

Adelaide Jul 06 2019 8:37 am No wonder people call him one of Korea's best actor. His eyes and gestures alone are louder than words that barely exist in this movie. I don't think any other actors are able to leave such deep impression like him. Lee Byung Hun is really amazing!

Guiltypleasure Jan 19 2019 4:13 pm Lee byung hun films always give deep impression. He is so good choosing his film for him. And he always act totally. He is the greatest Korean actor. Become rich nor poor man in drama, he always looks cool and capture viewers' heart.

By the way, the twist at the end made me reply watch this twice. Genius writer and director. Good job *two thumbs up

Kong hyo jin... I don't need to comment her much. We all know how great actress she is.

Great great movie because so many great people who works for it. Big applause !!

Grace Feb 17 2017 6:47 am I saw the pic of GHJ and LBH for photoshoot in magazine...I search and they really play in movie together!! DAEBAKK and this from Warner Bros??? WOOWW... The movie look so warm-hearted <3 <3 Cant believe LBH is the one that play scoundrel in "Master" movie to a father that love his family in here XD His acting is daebak

luki Feb 11 2017 10:29 am Nice casts. I'm interested to see how the 3 casts connects to one another... though, i dont really get the picure what the movie is about... hmm.. the casts and and the distributor looks convincing though.. seems like it's gonna be a big movie for 2017? btw, didn't ghj used to live in australia?

topaz Feb 09 2017 4:23 am looks interesting, seeing as it's partly filmed in my home country. From what I can tell this is going to be a good film, definitely adding to my list of korean films to watch this year.

James Cassells Jan 27 2017 5:21 pm It was a lot of fun working with the crew of single rider Check out the video trailer, it is Single Rider I'm the guy in the checked shirt sitting behind Lee Byung-Hun on the bus??

James Cassells Mar 22 2016 6:24 am I worked as an extra on this movie today, it has beautiful scenery and looks very exciting but you will have to wait and see for yourselves - I can't tell you anything about it, but I highly recommend you to go and see it - You will love it - It will be a box office smash.

xxyyzz Feb 02 2016 7:54 pm whoaaaaaaaaaaaaaa!!! It will be distributed by Warner Bros???? Jinjja, this must be a very great movie, NOT GONNA MISS THIS!

annachanzy Jan 26 2016 4:10 am Wow, Gong Hyojin was in Australia in her teens...cool! I wanna see and listen her speaking English with Australian accent in the movie...I am not from English-speaking countries...

Vee Jan 22 2016 6:01 am Lee Byung & Gong Hyo Jin!!!!! Daebakk the best collab ever!!!! So anticipating this movie:) With 2 movies to be released this year,i don't think Hyo Jin will be making her drama cb this year :-( but well at least she does cb in two new movies this year that is already awesome.. Gong Hyo Jin fighting and oh,Lee Byung Hoon fighting to yoyu too.. I like you in All In and Masquerade:)