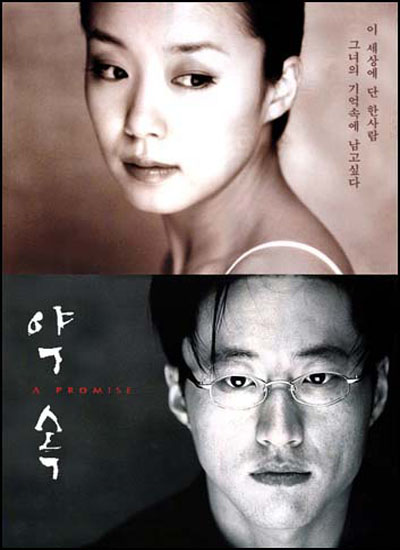 When she met him at the first time, he was a wounded person. However, she saw him through his clear eyes hidden in the bandage. She, Chae Hi-Ju, is a doctor and he, Kong Sang-Du, is a boss of a bandit. The pair seemed not to love each other in terms of their position, but they were closed to each other giving up their own world. However, he was not a common man. He suggested her not to meet again, because he was worried about that she could be disclosed by the rival bandit. When her father was dead, her colleague doctor, Lee Se-Yeon, suggested her to go to the USA with him. However, she could not help meeting Kong Sang-Du again. Unfortunately, another tragedy was waiting for them. Kong Sang-Du killed a man in the fighting against the rival bandit losing his mind due to the death of his right-hand man. He hid himself and she was just waiting for him. One day, he came back to her in order to keep his promise for her.....