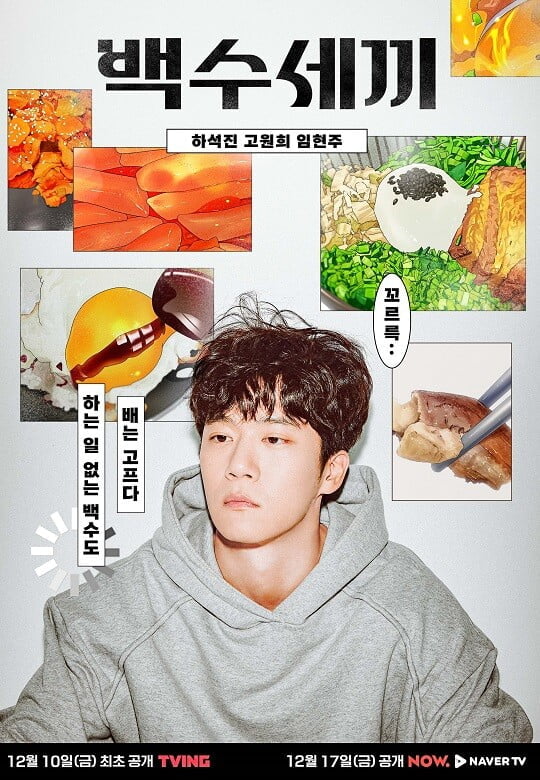 Jae-Ho (Ha Seok-Jin) tries to find a job, but it's not easy for him. He supports himself with working part-time jobs. Recently, his girlfriend Soo-Jung (Lim Hyun-Ju) dumped him after dating for 7 years. Despite his difficulties, Jae-Ho's main concern is "What should I eat today?"

After working day and night for several years at an advertising company, Woon-Ho (Go Won-Hee) almost died due to overworking. She quit her job after that. Now, it's been 3 months since she has become voluntarily unemployed. She follows her simple belief of "Let's just think about eating delicious food."