A Corpse is Buried Under Sakurako's Feet 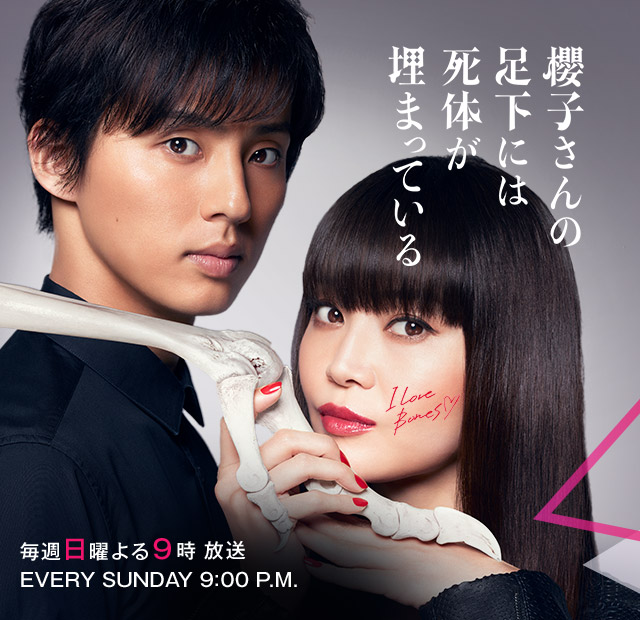 Sakurako Kujo (Arisa Mizuki) has an unusual interest in bones. She likes to say that she likes bones more than any meal. Sakurako Kujo took forensics in high school and now works in the field osteology. She assembles skeleton bones at her studio. She doesn't have interest in using her talents in law, but when Sakurako Kujo is brought to a crime scene she marvels "what an eloquent corpse" and is able to make definitive statements on the time of death, age, gender and even dominant hand of the victim.

CuriousOnna Jan 27 2018 10:42 pm At first, I don't have any expectation while I first watch this. And to be honest, the reason why I decided to watched this is because of Taisuke, he is the sole reason. And after watching the first episode, I can't stopped myself from watching this drama. Every episode will left you at the edge of your seat, while waiting how they would be able to solve the cases using *that*. This drama is highly recommended for someone who enjoys solving mystery with a little hint of romance.

Nafisa Jul 11 2017 8:55 pm Only 10 episodes?? ended so soon.. i really loved the chemistry between the leads though it wasn't actual chemistry.. but after seeing soo many j-drama's i understood that i can find this kinda chemistry between leads only... ;)

Akuryo Jun 22 2017 12:27 am So far I really like it. Some episodes are almost the same as in the anime but some are really different. I actually like the live action version of Sakurako even more than the one from the anime. Arisa Mizuki is doing a fine job!