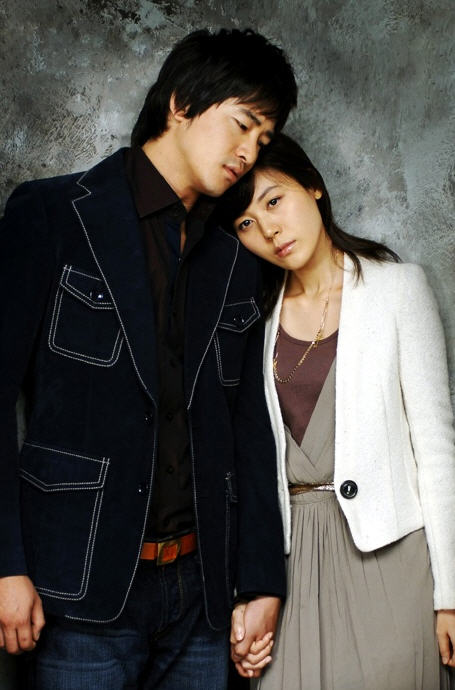 A fate that surpasses taboo,A love that surpasses moralityHere,at the peak of his life at thirty-one years of age,is a man who is fated to vanish into space as a mere speck of dust in three short months.[In 90 days, I will surely cease to exist,yet the world will go on as if nothing has happened.Even my wife will someday dry her tears,telling herself that the dead are dead and the living must go on living.Then, would it be wrong to ask my wife for a leave of absence during my remaining 90 days?]The fall of 2006.A man and a woman were fated to meet, but their hearts were destined to be broken in the end. They are now desperately pleading for 90 days in which to love each other for the last time on earth. If you were this man's wife, or this woman's husband,how would you answer their pleaa plea that transgresses both morality and taboo...?

Kinggofing Feb 14 2014 4:22 pm Bucket of tears are shed while watching each episodes... well, time to watch My girlfriend is an agent to cure my torn heart lol

Clarkdale44 Dec 16 2013 4:48 pm First of all, the casting by both Kim Ha-Neul and Kang Ji-Hwan was superb.. I usually avoid sad dramas but i only watched it because of Kim Ha-Neul as she is one of my favorite actor. She was outstanding in such role. Story was great as well, even though Ji-Seok was in bed at near death, the only person he called is Mi-Yeon.. That moment i realized how much she meant to him, and how deep she is in his heart, this scene touched my heart and i didn't know when my eyes got wet. Totally tremendous drama. I wish if only he could survive or if only they could be together and live a happy life. Anyway it was a great drama and worth my time. I will give it 8.8/10(For great casting and story-line as well as it was beautifully shot)

Ronaldo Oct 13 2013 4:00 pm I prefer to watch romance-comedy shows. This show is melodrama but what inspire me to go on and watch it is its plot which not only showing sad romance but also life journey and good camaraderie of the 3 guys until the end. they are the so-called true friends which are hardly find now a days....Anyway, Kang Ji-Wan and Kim Ha-Neul are really best in acting particularly on this show.....just wondering why it seems, they don't receive any award...Still, good job to all of them....

tony Feb 21 2013 12:52 pm 90 days time to love lost its thematic approach in the end. Although there was good acting in most cases, the scenes between the two fated lovers in the end was more like a nurse or mother tending to a sick child. There should have been some passionate love scenes between the fated lover. And the ending did not find closure for the abandoned young lady. The end should have been written in the following way: When she was in the hospital after trying to suicide with her husband he asked, "did you mean it when you said you loved me?" She answered "No" . Then he asked something like, "well come home and we will work it out"

This is where closure would have come, She should have said in her ecstasy " Will you still want me to come home with you when I tell you that I am happily pregnant with his son?" Then the agony sets in for the husband and the 90 days time to love is over. there being real love for the ill fated couple, the abandoned lady.