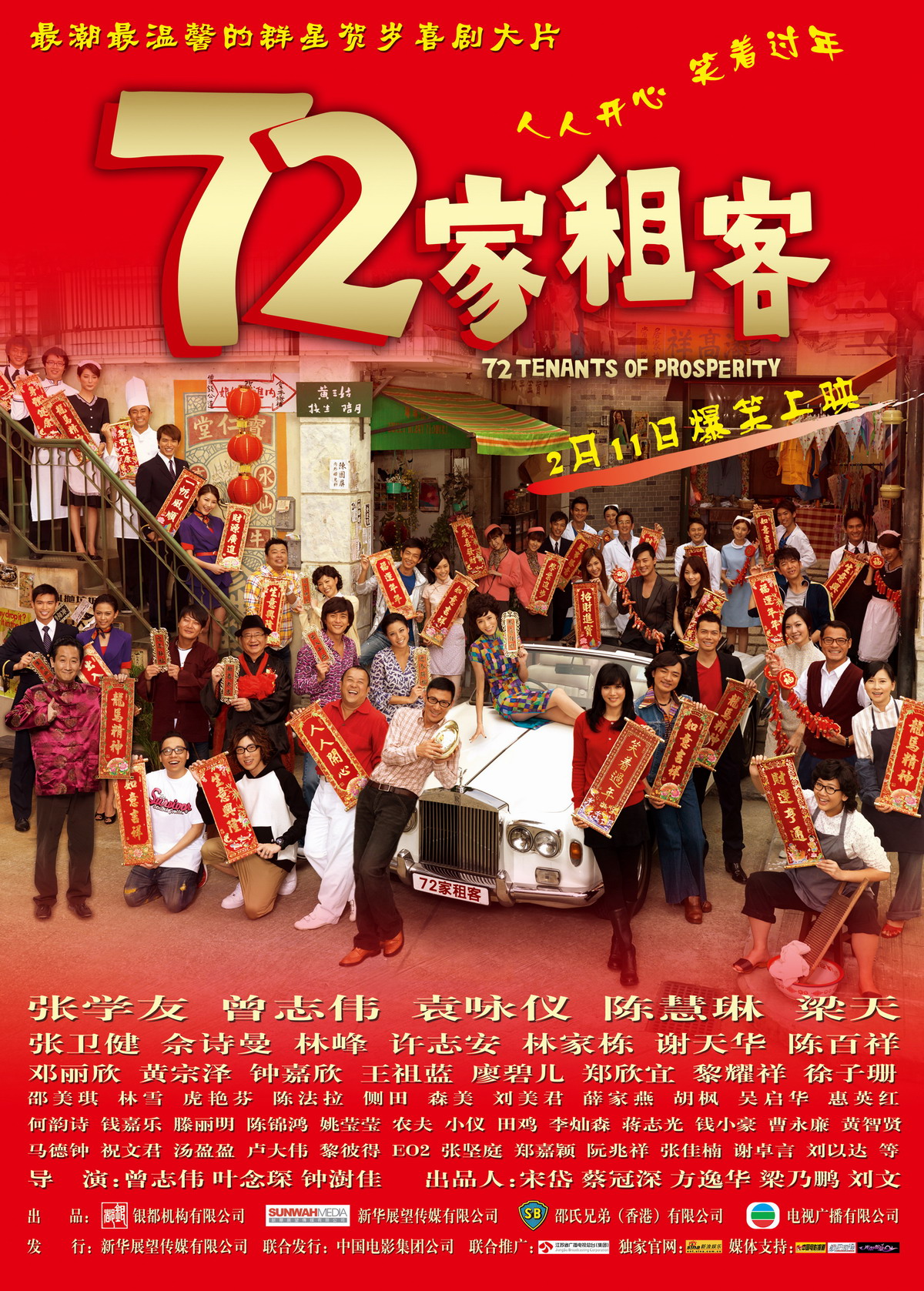 Set on Sai Yeung Choi Street in Mongkok where electronic shops line the streets, "72 Tenants of Prosperity" centers around two men who have become rivals in the cell phone business. Shek Kin (Jacky Cheung) & Ha Kung (Eric Tsang) are the rival shop owners, who both loved the same woman as young men. Eventually, Ha Kung married the woman after winning a coining toss. Now as elderly men, their rivalry is renewed when their children start to date. Their rivalry is complicated when a mainlander attempts to wipe out the street for a megacomplex ...