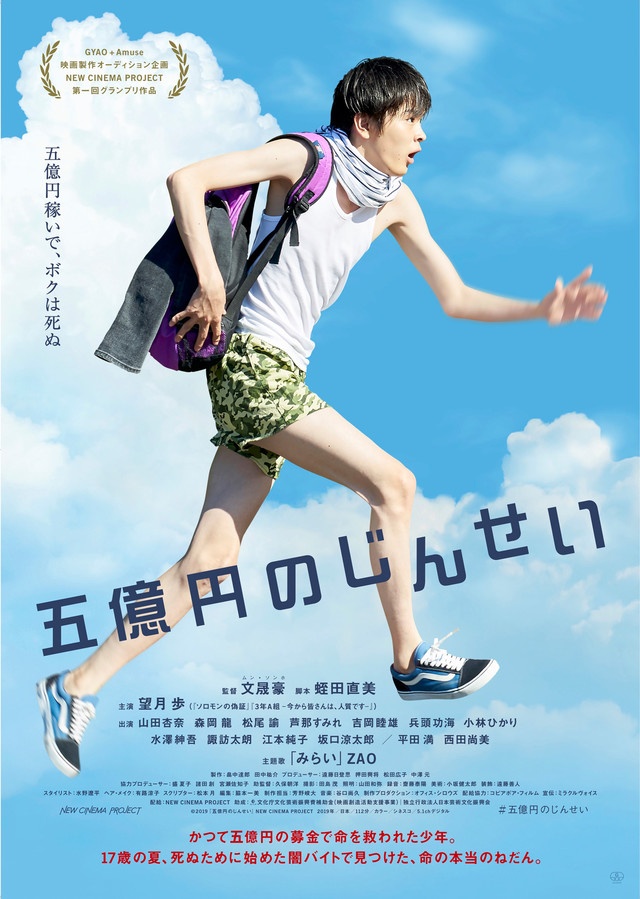 When Mirai Takatsuki (Ayumu Mochizuki) was a young child, he had a life threatening disease. His life was able to be saved after collecting five hundred million yen through public donations. He is now a healthy high school student, but he is having a hard time living up to people's expectations and media attention. One day, he decides to kill himself and he writes down his intentions on SNS. He then receives a message from a stranger. The message states "if you want to die, you need to return the five hundred million yen first." Mirai Takatsuki then sets out on a life altering journey.