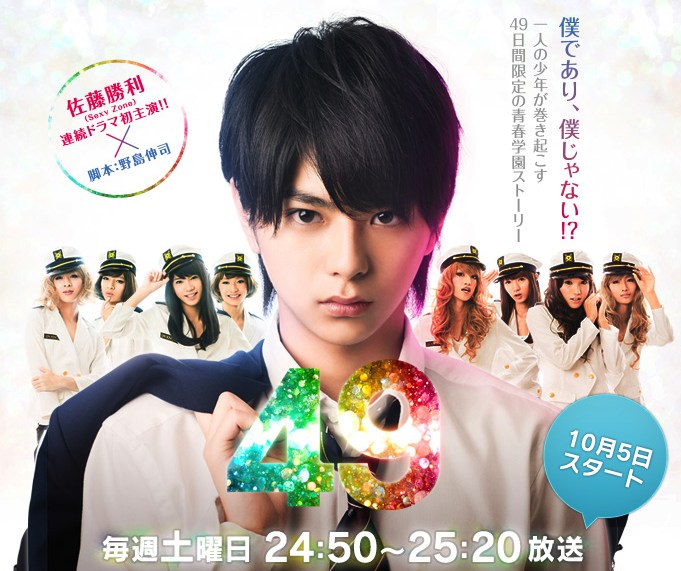 Dan (Shori Sato) is a first year high school student. He isn't so good with his studies or sports. He spends most of his free time at home.

One day, his father's spirit enters Dan's body. His father originally died in an accident. It just so happen's his father is the type that excels at everything and now Dan possesses the same gift. He starts to play well in basketball and begins to date a popular girl at school. Dan also becomes popular among his classmates. His school life is just going amazingly well. Because of his change in personality, the other students are surprised by him, but they become influenced by his adult like point of view. Soon, his friends realize the secret of his change.

---Spoiler Alert--- Do not read further if you have not finished watching this drama....

The way i see it, the drama could've ended in the following way... My assumption is based on simple fact.. it was stated by the son that it was he who was supposed to die and not the father... The father to save his son, left his own body and entered his son's to save him.

I think in the end the son could've given his father a last gift saying that "The father should take care of mother now by staying close to her..." Because when the father was alive in his own body, he was rarely home due to work and that is why the mother thought he is having an affair. He can simply watch over his wife and daughter and also granddaughter from now on. So according to the rules of the nature, the son needs to be dead and the father should just stay in son's body. I know this sounds weird but it can't be more weird than the plot itself... I feel bad for Sachi.

Anyway the drama was OK for me... I will recommend it.

Hannasj Jan 03 2015 11:03 am Fall in love with Sato Shori-san through his acting in this dorama. It is just that good. Can't believe how smooth he made transition from Dan to Kan. And surprisingly he can build up chemistry even with older actress...hahha...Because of you I've been an avid fans of Sexy Zone too~~Ganbatte Shori-kun ^_^ Hope you will work in more production in the future. Praying for your success~

Choco Jun 11 2014 12:06 pm When I first looked at the picture, I thought Girls' Generation (SNSD) was in it. I looked closer and I thought wrong. They were different. It would be nice if SNSD was in it. TT

Senya Jan 11 2014 3:00 pm I was really surprised at how good Sato Shori was O.O This is the first time I have watched a drama he acted in and my image of him was still a Johnny's Jr so it really was a pleasant surprise... He's definitely one of the better actors in JE