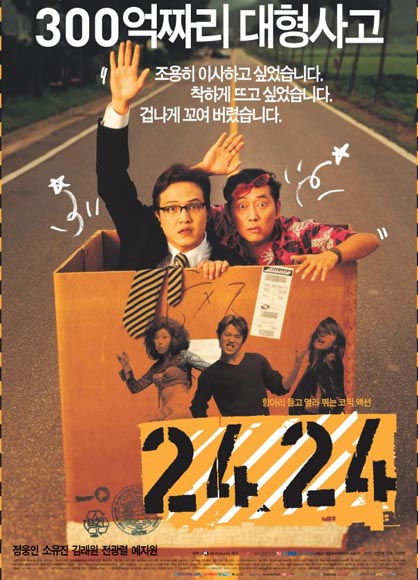 Park Tae-ho Jung Woong-In is running an underground organization, which specializes in the smuggling of jewellery. In order to bust the crime ring, the police assigns an undercover agent to join the group who discovers evidence for the alleged illegal proceedings of the gang. Tae-ho who does not want to get caught, hides the jewellery, which is worth 3 billion won in display objects and plans to transport everything out of Korea. Therefore, the police launches a mission called 2424 (which means movement in Korean) under the supervision of Choi Doo-chil Jeon Kwang-Leol to solve the case. However, both the police and the mob lose track of the precious jewels during the course of transport; thus a dramatic search on both sides ensues ??