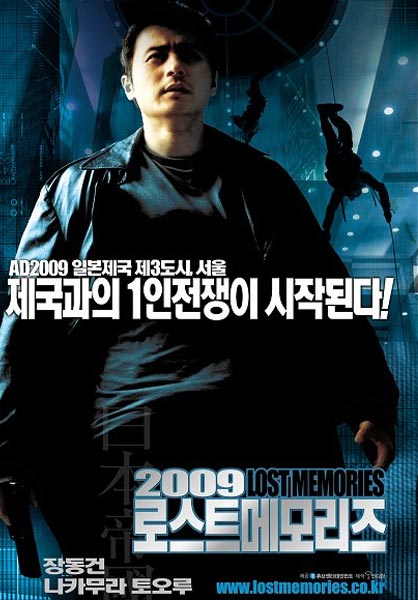 In the year 2009, Seoul has become the third major city of Japan. Masayuki Sakamoto (Jang Dong-Kun) takes after his father and becomes a cop. He has forgotten his heritage as a Chosun (Korean), sharing a close friendship with his partner, Saigo (Toru Nakamura) and pledging his allegiance to the Japanese Empire. Meanwhile, a minority of Chosuns create an underground resistance organization called 'Hureisenjin' (Chosun Liberation Confederation) to fight against Japan. The empirical authorities suspect a huge conspiracy behind the activities of the confederation and assign Sakamoto and Saigo to the case. This eventually takes Sakamoto to the fateful meeting with Oh Hae-rin, the Chosun woman he may have seen in his dreams. Utterly confused by the series of events he encounters, Sakamoto is confronted with the incredible historical truth he was never aware of before...