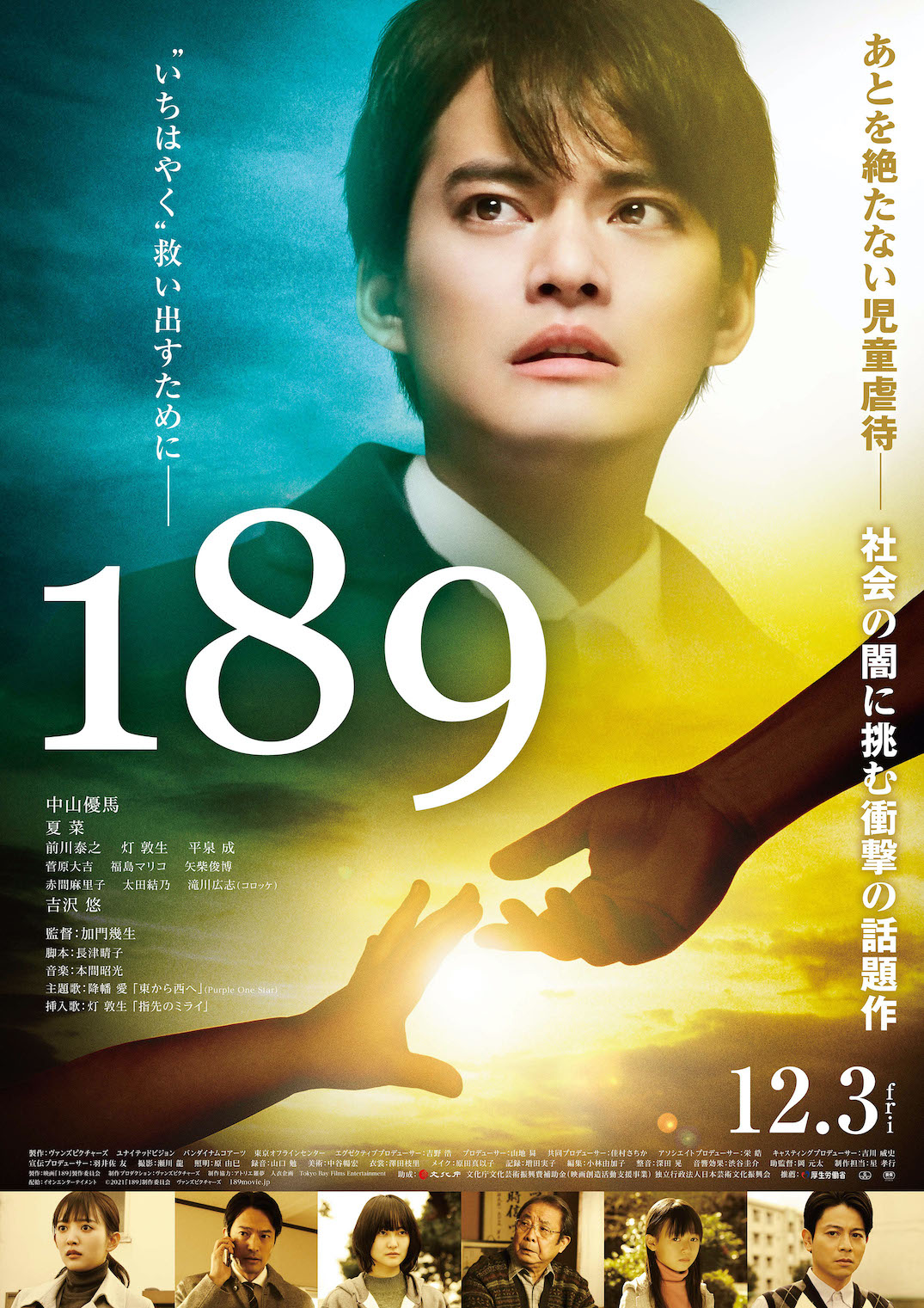 189 is a phone number to call when a child needs to be saved from an abusive situation. Children and adults can call 189, where they will be connected with the nearest child consultation center.

Taiga Sakamoto (Yuma Nakayama) works as a rookie child welfare officer. A girl that he worked with is being sent back to her mother. The girl was abused by her mother and stayed at a shelter. The next day, she loses her life. Taiga Sakamoto thinks about quitting his job. At this time, he receives a phone call from the hospital. A doctor calls him and tells him that a 6 year old girl's wounds look like they were caused by physical abuse. The abuser is assumed to be her father, but the girl's father denies any wrongdoing. Taiga Sakamoto and Attorney Shion Akiba (Natsuna Watanabe) try to prove that the girl was abused by her father.