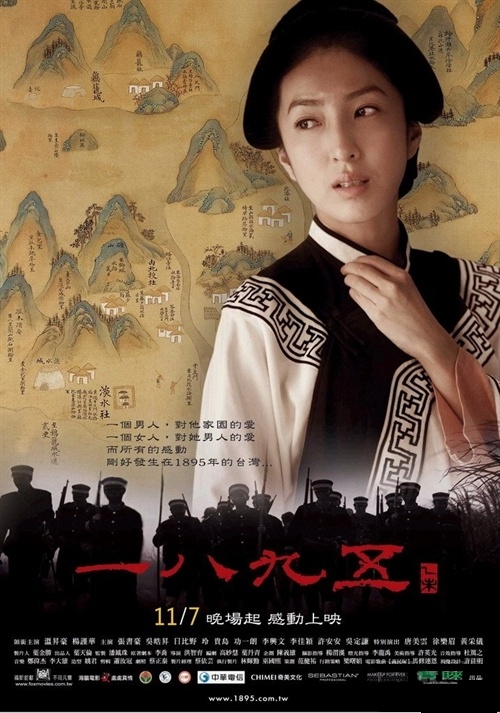 "1895" tells the story of the resistance against the Japanese invasion in 1895 (the biggest war in Taiwan's history). After the 1894 Sino-Japanese war, the Qing government ceded Taiwan to Japan. After hearing the news, some groups of Taiwanese people organized their own resistance to establish the Taiwan Republic.

After the Japanese military on the northeast coast of Taiwan most officials fled to China and Taipei was taken with minimal effort. Three young Taiwanese youths, Tang-hsing We, Hsiang Hsu, Shao-tsu Chiang, organized a guerrilla front to fight the Japanese.

fungwei Apr 07 2009 1:28 pm I watched it on DVD and the soundtrack by the Korean composer is very moving... a great historical movie for Taiwan.

kc Mar 01 2009 12:28 am The movie was predominantly in Japanese and Hakka. There were significant dialogue in Taiwanese (Hoklo) as well. The main and initial group was the Hakka ethnic group. The more rowdy 2nd group was the Hoklo Taiwanese group which also had 3 aboriginals. Representation of the 3 ethnic groups of Taiwan are Taiwanese as a whole and resisted the Japanese.