108: Revenge and Adventure of Goro Kaiba 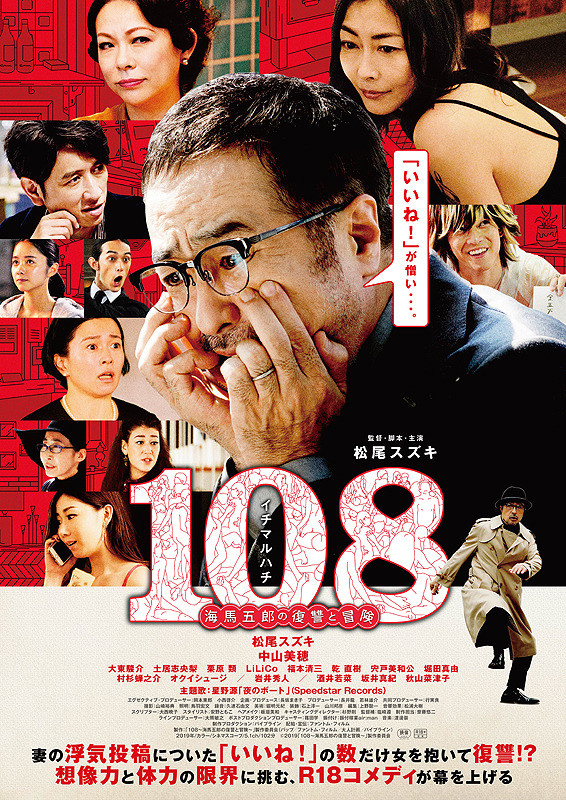 Screenwriter Goro Kaiba (Suzuki Matsuo) is horrified to learn via Facebook that his wife Ayako (Miho Nakayama) is having an affair. Furthermore, her post about the affair has received 108 likes. Absolutely furious, Goro Kaiba contemplates divorcing his wife, but he estimates he will have to pay her half of his assets, about 10,000,000 million yen, in a divorce. To get revenge, Goro Kaiba decides to use that money on a epic one month womanizing streak. His goal is 108, the number of likes his wife received on social media.