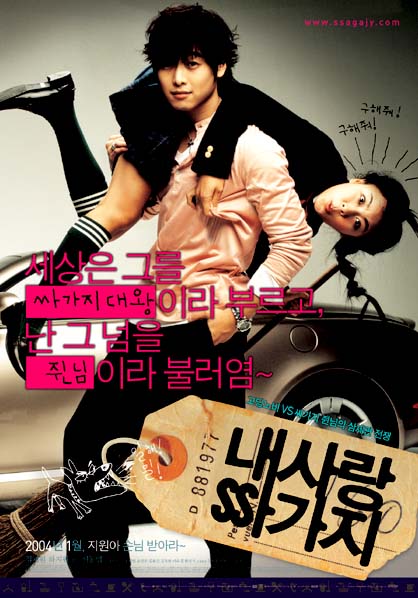 After being dumped by her boyfriend just before their 100 day anniversary, Ha-Young (Ha Ji-Won), meets a college guy named Hyung-Joon (Kim Jae-Won) when she accidentally kicks a can that hits him in the face and causes him to scratch his Lexus. He demands she pay him $3000 on the spot. She escapes from him, leaving her wallet behind.

Hyung-Joon stalks her, demanding money to pay for his car. Since she is a poor high school student Hyung-Joon writes up a "Enslavement Agreement" for Ha-Young in order to pay for the damage to his car. Ha-Young is thrown into a nightmarish slave life for 100 days, cleaning his house, running his errands, doing his homework and cleaning his car.

By accident she finds out that the damage to Hyung-Joon's car only costs $10! She then takes her revenge. However, before she knows it Hyung-Joon shows up at her house as her new tutor! He once again takes advantage of her, but soon Ha-Young finds herself falling head over heels for Hyung-Joon.

But what happens when he drops out of her life just when she needs him most? 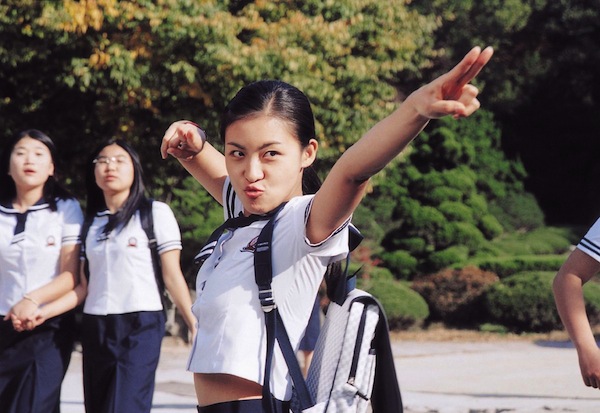 mindo Oct 27 2020 11:10 pm kim jae won really a heart throb in this one. ha ji won was always my favorite actress but kim jae won distracting me with his cuteness kyaaaaaaa my heart!!! :D

TrekkienotTrekkor Sep 27 2016 11:39 pm This movie is so well-written. I love how the characters stayed true to themselves, and they were relatable. I mean sure although the chances that you meet your soul mate by hitting them on the head with a tin can are very slim, the plot was amazing. The acting is awesome, as well. I don't know if my standards are just low right now, because of all the crap dramas with crap acting I've been seeing lately, but this movie is definitely classic. (The movie 'The Classic' is also very good if anybody wanted suggestions). ^^

Maya Feb 17 2015 4:52 pm Since I became a Ha Ji Won fan last year, I've been catching up on her movies/dramas. Even 10 years after its production this film still brings a smile on my face. She's always been cool and this movie proves it. A simple romcom with no excess baggage, just fun. 10/10

ace Nov 03 2014 11:50 am The first 45 minutes are pure comic gold from Ha Ji-Won. While the movie overall loses a bit once it goes into romance mode, she still stood out. I really wish shed do more straight up comedy. She has a real gift for it.

This is almost required viewing if you are going to watch Korean comedies. Recommended viewing.

misso Mar 27 2011 11:07 pm haha my first korean movie ever.. (my first drama was wonderful life with eugene and kim jaewon<--hence the fact that this was my 1st movie.. ehhe) I instantly fell in love with his smile LOL

Iamson Sep 17 2008 11:59 am here in los angeles, there are only two channel (KBS and LA18) where Korean dramas are available. do Korean dramas have replays or reruns? please let me know.