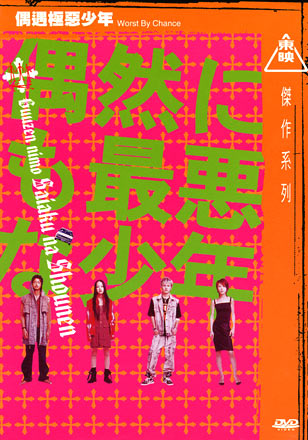 He can't control himself inside of him. Hidenori, a Japanese-Korean, hasn't seen his family in a few years. He doesn't want to go to school but just wander the streets. He always grins at a trifle. When he is caught stealing and he feels pain as his finger is cut off, he just smiles. He murmurs "Should I commit suicide?" in front of his dead sister. Yumi, an obsessive-compulsive girl, has a sticky finger. A boy who wanders the Sybuya. They join Hidenori's reckless plan by chance. They plan to stow away in order to show Korea to his sister, who has never seen the motherland. Three people who are out of this world and the dead go toward Hakata.