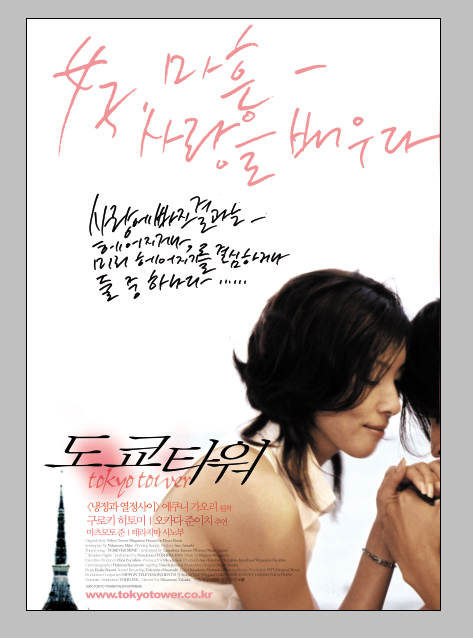 Toru, a 20-year old man, falls in love with a woman who is not only married but also 20 years older than he. Complicating matters even further, she also happens to be a good friend of his own mother. Not the makings of a simple relationship, to say the least. For her part, the married woman has all the money and possessions she could ever want. But something is missing, and it is that “something” that she finds in this very unexepected yet undeniable love for a man young enough to be her own son. The story unfolds in tandemwith that of Toru’s friend, Koji, who also falls in love with a married woman. The two couples struggle to deal with the complexities of modern relationships, in an effort to find a balance between the forces of true love and the reality surrounding them.

Drew Simels Jul 17 2010 10:27 am The information which you present here is interesting and I will try to find this movie which did not get theatrical distribution here in the USA (I live and work in New York city). I came to this website in search of information regarding the novelist. Would somebody please get back to me about this?