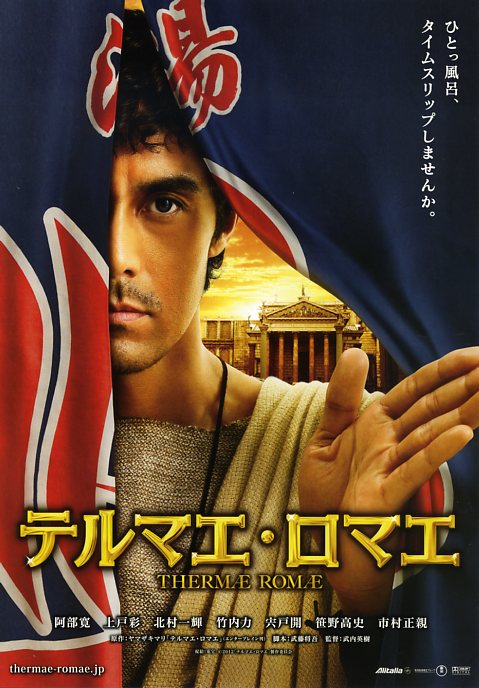 In ancient Rome, architect Lucius (Hiroshi Abe) is too rigid in his ways and unable to keep up with the fast changing times. Because of this, Lucius loses his job. A friend then takes Lucius to a bath house to cheer him up. There at the bath house, Lucius slips through a time portal and arrives at a bath house in present day Japan! Mskrider Jan 11 2018 8:50 am I was lucky enough to read the manga before the movie came out. It's pretty funny. And including two of my favorite actors (Hiroshi Abe and Aya Ueto) didn't hurt.