The Voice in the Crime 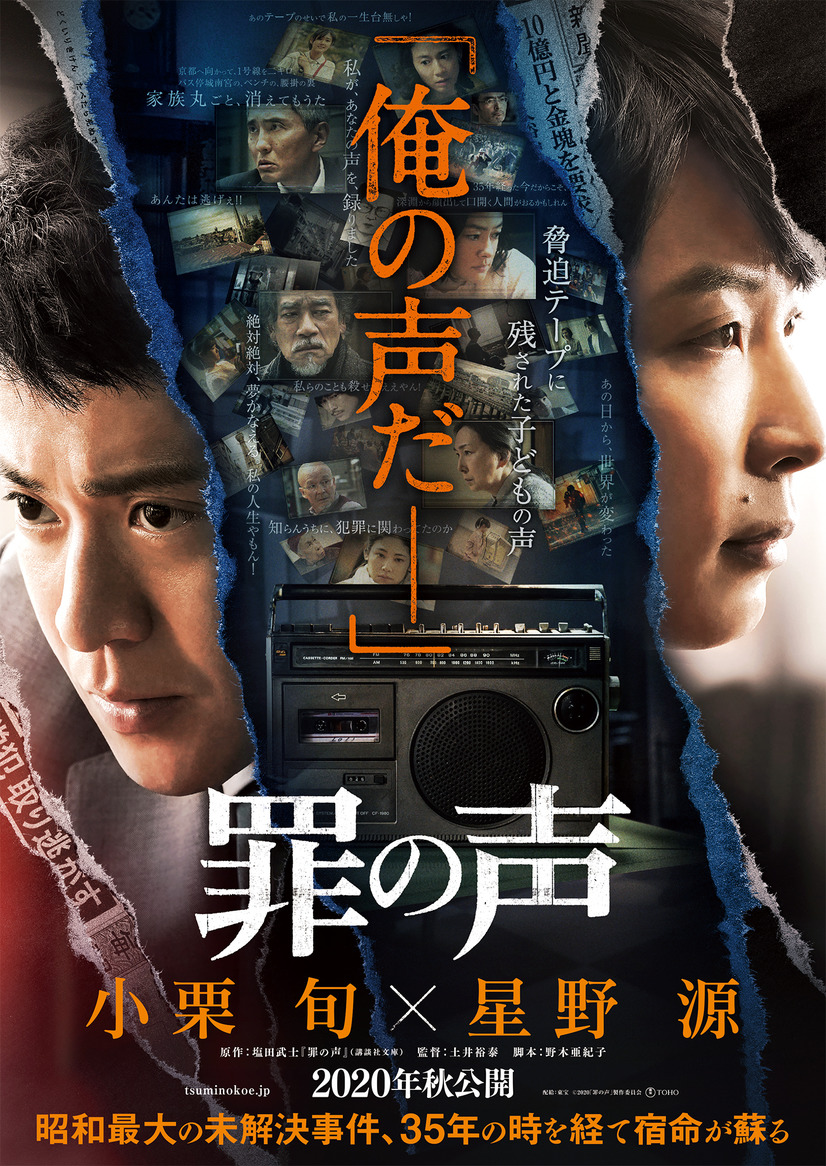 Eiji Akutsu (Shun Oguri) is a newspaper reporter. He is working on unsolved case that took place 30 years ago.The case involved a group of people extorting several companies for money. The group sent cassette tapes to the companies. Eiji Akutsu comes across a mysterious cassette tape. Meanwhile, Toshiya Sone (Gen Hoshino) lives in Kyoto and runs a tailor shop. He discovers a cassette tape among his late father's possessions. He plays the cassette tape and hears his voice from his childhood days.