The Brutal Hopelessness of Love 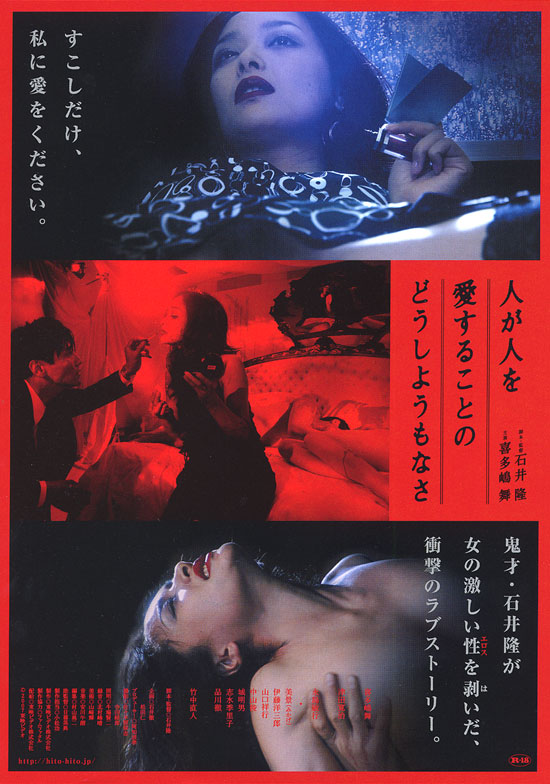 Nami (Mai Kitajima) is a popular actress, but in her personal life, her marriage is at a crisis point as her husband, Yosuke (Toshiyuki Nagashima), a fellow actor, keeps having affairs. The new film they are working on together is about a heroine who kills her husband and his mistress. The film is drawing a lot of public attention because of its casting, where Nami is the heroine, her husband is played by Yosuke, complete with Yosuke's mistress playing the part of the mistress. Then Katsuragi (Naoto Takenaka), an editor, asks Nami for an interview. Nami accepts it as if superseding herself on the character in the film. Nami has in fact killed her husband and his mistress, and she has been taken into a mental institution; Katsuragi, a psychiatrist, has been pretending to be a journalist to look for the truth.