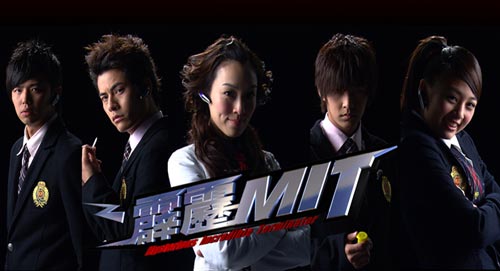 The legend of a team called MIT secretly protecting Sheng Ying School was never public acknowledged but nonetheless spread wildly among the student body. For some reason, the team had disappeared and evil began to rack havoc in the school. The last remaining member of MIT, Teacher Cherry, decided to recruit the badest of all bad students, 007, 187, 747 and Tian Mo Xing, to form a new generation of MIT who would solve the crimes and restore the school back to its former glory.

aznlover220 Jul 25 2012 5:51 am this drama was Amazing!!!!!!!!!!! I loved every second of it,the mysteries were interesting, the secrets overwhelming,the romance was just soooooooooo aDORKable, and the characters were all so intriguing and funny! I really didn't have an expectations cuz i've never seen a Taiwanese mystery drama but this has proven they can stand up to even the best. I chose to watch cuz i ran out of japanese mystery dramas and was not disappointed. Can be compared to the taiwanese Detective Conan with a twist.

A must watch!Sorry i wrote so much but it rlly is that good.

the best drama i ever seen