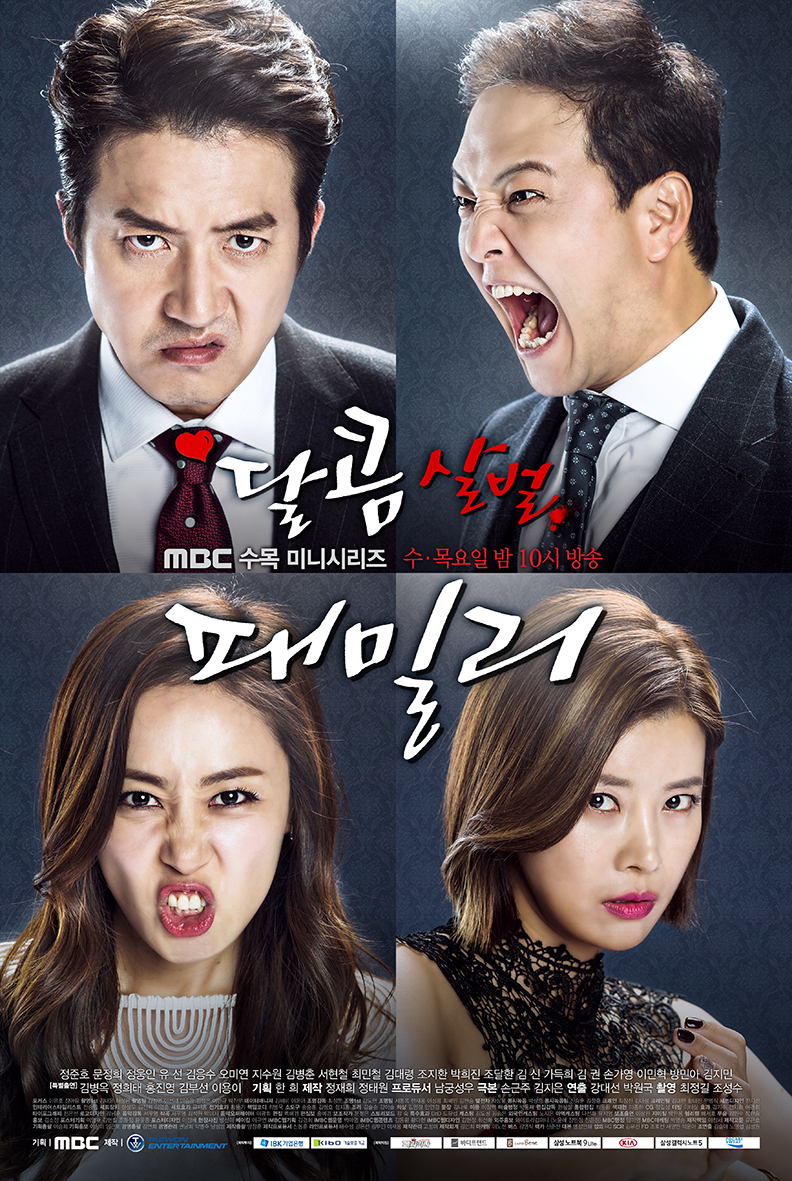 Yoon Tae-Soo (Jung Joon-Ho) is a gang boss who dominates the adult entertainment district in Daejeon, South Korea. At home, he is an normal head of the household type of father. There, he lives with his strong willed wife Kim Eun-Ok (Moon Jeong-Hee) who nags at him constantly, a troublemaker daughter, a model student son and his mother. JayJay Mar 24 2018 4:42 am Jung Jun Ho is a handsome man who can also act really well! In both drama AND comedy, he can do it all. He gets better with age (but I'm afraid hiring all those untalented boy-band bad actors are shutting out dramas for real adult actors) This drama is FUNNY, fluffy comedy, and it works because of Jung Jun Ho.

Jung Woong In is also a great "real talented actor" match with Jung Jun Ho. They also starred together in one of Jung's best dramas, My Last Scandal.

totally watching just cos of the title lol

Hilarious!!!!! Jul 01 2016 1:32 am Come on people it wasn't that bad. It was really funny. Oh well everyone will agree to disagree. Ok there may have been some mwah mwah moments but overall a job well done to all the actors/actresses. Fighting!!!

Soso Jun 02 2016 12:13 am Come on, everyone just has a different sense of humor and not anyone could laugh with this drama

fani Jan 24 2016 11:22 pm I don't know why I'm ended up here, but it's so boring. I don't get where its funny, it just pathetic. Please MBC, you rather make sageuk like you always made, as I won't watch sageuk. But make crap drama like this, I want my hours back!

Teleri Jan 16 2016 10:30 am OMG this drama was soooo funny :d The entire cast did such an excellent job and had enough twists and turns to keep my interest. I found myself laughing so hard so many times :D GREAT job! Jung Joon Ho ~sigh~ just so wonderful :d

francisca Jan 14 2016 7:26 pm one of the worst drama ever. actually the actors did well, but the plot is super boring, and not well connected. jagganim, please never try to write a drama script again.

Shinse Jan 09 2016 12:04 pm I especially love tae soo he is an amazing father and a loving husband He plays his character well.kudos to the actor himself

stormborn Nov 13 2015 5:04 pm Lee minhyuk ssi, when will you get a bigger rolee? It's not fair that you cant be a main character just because of your height. I'll watch this drama tho. Just because of you, mr. Squirrel smilee <3

micaella Oct 16 2015 12:14 am i became a fan of him! i really love him as an actor even though his roles are always as a villain or bad person! fighting jung woong in ahjussi!