Make a Bow and Kiss 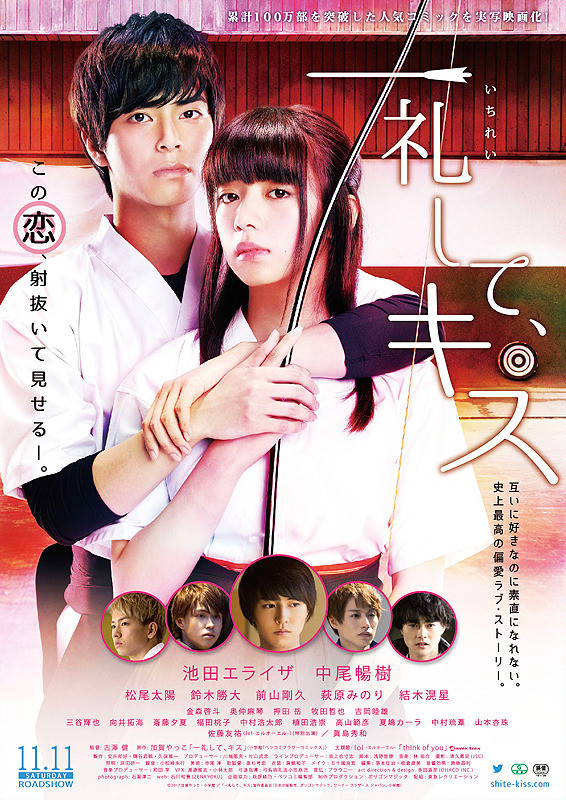 An Kishimoto (Elaiza Ikeda) is in the 3rd grade of high school. She has been totally immersed in kyudo (archery) for the past 6 years. She appoints Yota Mikami (Masaki Nakao) as the next head of the kyudo team. Yota Mikami doesn't practice much, but he wins a competition. He also holds a secret crush on An Kishimoto.

steph Apr 08 2020 2:21 am I finished the movie. The plot was like the tip of the iceberg -- no depth at all. The characters were difficult to understand, no back story whatsoever. In the end, it was just a show about love for archery and a bit of romance here and there. There really was nothing special with this movie aside from the fact that both lead actors had good chemistry and looked perfect on-screen.

Sakura Jul 24 2019 4:17 am I watched this probably 2 years back but let me tell you that I felt like I was watching two 2D characters with 1 dimensional personalities and is one of those artsy-indie type feels movies that either you really like it or you don't .

Marie Oct 08 2018 9:58 am This movie is the weirdest movie I have ever watched! No character development, no guide line, nothing! Do not watch it. It is weird and confusing.

Amy Aug 07 2018 8:30 am The part where Mikami-kun got a kokuhaku and he said he liked someone, then Rika would look at An-san slyly really got me hahaha

M Jul 10 2018 6:29 am This movie so good~! If anyone want to watch this full movie u can search the title movie on Dailymotion!