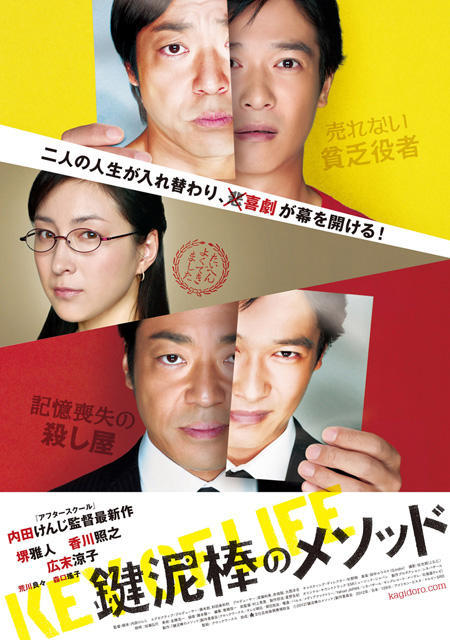 Sakurai (Masato Sakai) is an aspiring actor who becomes frustrated with his life. Sakurai then decides to kill himself, but before committing suicide Sakurai heads off to a public bathhouse. At the bathhouse, Sakurai then witnesses a man named Kondo (Teruyuki Kagawa) collapse and lose his memory in front of Sakurai. On a sudden whim, Sakurai switches locker keys with Kondo and pretends to be Kondo. Sakurai soon finds himself in trouble with the yakuza ... dea Feb 23 2018 3:14 am it's so funny watching Sakai and Kagawa co-starred in Hanzawa Naoki after watching this movie XD

Peter May 03 2013 9:21 am Well What can I say. Saw the latest movie by Kenji Uchida called "Key of Life" Some say comedy does not translate across cultures, but this breaks the rules. From minute one the audience was in stitches even with subtitles. Over two hours but was over in a jiffy. So hilarious. All the stereo types of Japan are here. The director was there to answer questions (it was the SF International Film Festival). Won awards in Shanghai, Toronto, Vancouver and Cleveland to name a few. No wonder. Don't miss it and don't be afraid of the subtitles. You can manage them.

Caroline Sep 13 2012 1:12 am I saw it last night at TIFF. Freaking hilarious. I loved this "screwball comedy". I also recommend it.