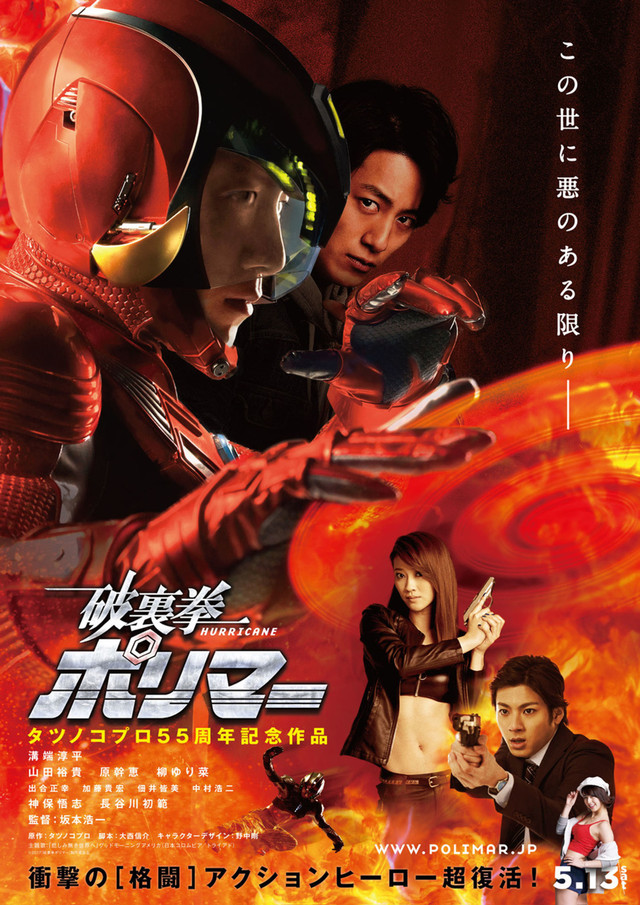 Takeshi Yoroi (Junpei Mizobata) is a former street fighter, but he now works as a private investigator. Takeshi also possess a special suit made out of an augmented polymar. The suit transforms Takeshi Yoroi into Hurricane Polymar who has super strength, high-speed rotation and ability to transform into five different kinds of vehicles. He can only stay as Hurricane Polymar for up to 46 minutes and 1 second before reverting back. As Hurricane Polymar, Takeshi goes up against villains.