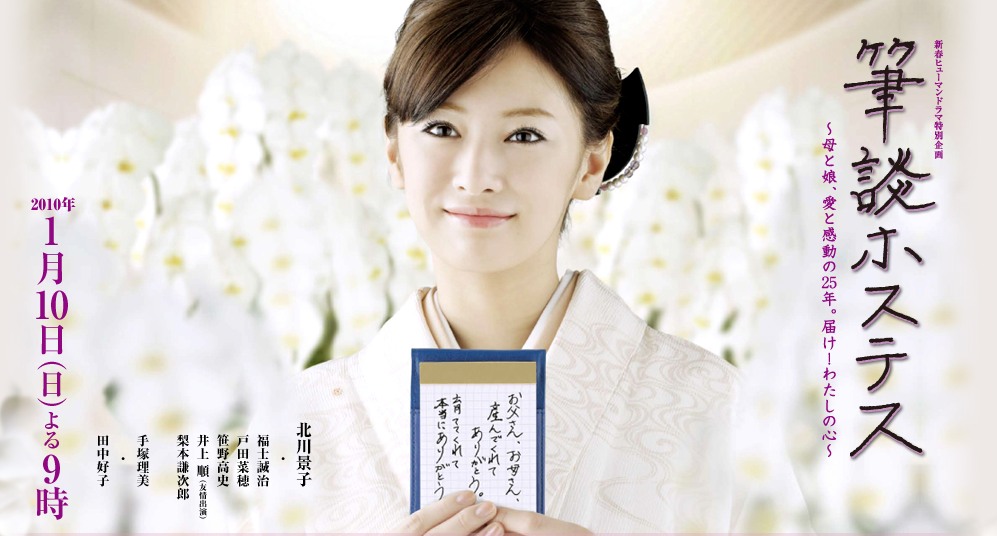 At the age of 1 Rie Saito loses her ability to hear. She grows up as a rebellious child, running away from home frequently in her hometown of Aomori. By writing calligraphy in a club Rie starts to open her eyes to the world. She then moves to Tokyo to become Ginza's number one hostess ...

jenny Nov 04 2011 7:34 am I found it surprisingly moving; I have a serious bias for Kitagawa Keiko so this review may not be completely objective. However, I can definitely say that the story is a beautiful one and well executed. For me, the heart of the story was about family and the bonds within and when she finally reconciles with her mother, it finally brought tears to my eyes.