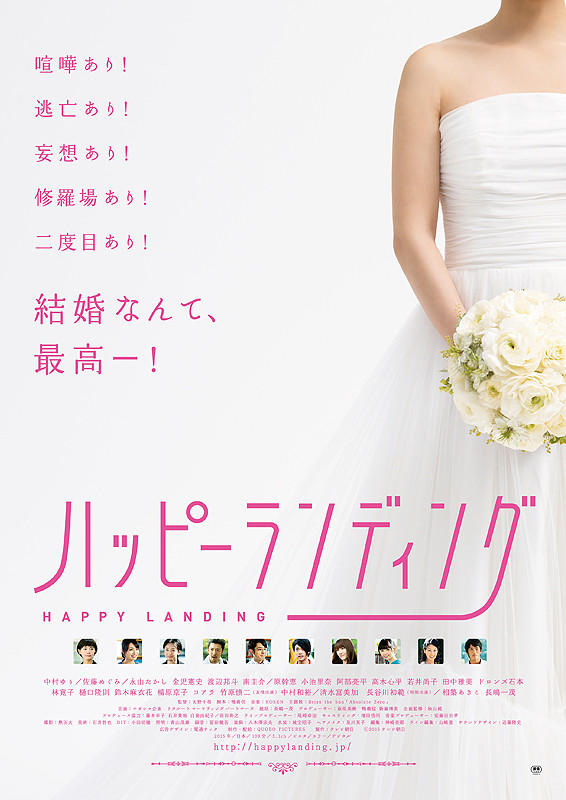 Kaoruko Nishizawa (Yuri Nakamura) works as a wedding planner. In her past, she has ran away from a wedding. Her boyfriend Masahiko Ikee (Takashi Nagayama) denies the marriage system.

Satomi Makino (Megumi Sato) has a fiance, Hidetomi Hanamura (Kunito Watanabe). They have been dating for the past 5 years. She prepares for her ideal wedding, but Hidetomi’s father (Hatsunori Hasegawa) doesn't like her wedding plan. Making things worse, she sees Hidetomi cheating on her.

Kyosuke Midooka (Kazushige Nagashima) runs a live music house. He proposes to his pianist girlfriend Misuzu Machida (Akiko Aitsuki), but she turns him down. Kyosuke doesn't know why, but Misuzu has a secret.

Dai Tamenaga (Norihito Kaneko) works as a long-distance truck driver. He has been in a marriage with Yurimi  (Naoko Wakai) for 10 years. Their relationship though is not doing so good. Their children make a plan to bring their parents closer.

Kurodo Tokuyama (Ryohei Abe) is a young politician with a promising future, but the media are all over an incident involving his personal mail sent during a national assembly session. He faces harsh criticism which reaches to his fiance Saori Takaishi (Mikie Hara).

Kengo Sanada (Ishimoto Doronzu) and Mai (Masami Tanaka) have been happily married for 3 years, but one day Kengo sees Mai holding divorce papers. Kengo is devastated and he asks his friends to investigate what is gaining on with Mai.

Atsushi Harada (Keisuke Minami) has experienced his bride running away on their wedding day. He has hardly recovered from the shock, but Atsushi and his friend (Shinpei Takagi) play around with women. One day, Atsushi meets a woman of fate.