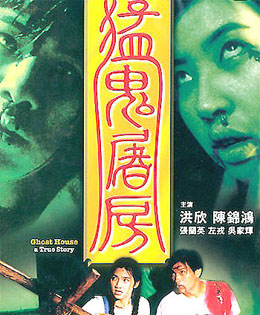 Eric, Pat, JoJo, Lung, Bill, Ken and Nam went camping on Lantau Island. Suddenly, the weather turned bad and they had to take shelter in a deserted house. Night approached and strange things happened, but they took no notice of them. They had fun with JoJo, Bill and Ken played tricks on Lung. Lung was embarrassed and abashed. He was then seized by the evil power and was trapped in the mirror. The next day, the group decided to stay for an extra night. Lung was silent and avoided the others. The group thought he was still unhappy about the other night. It wasn't until Ken disappeared and Bill and JoJo got murdered, Eric find there was something strange about Lung..........