Futatsu no Kino to Boku no Mirai 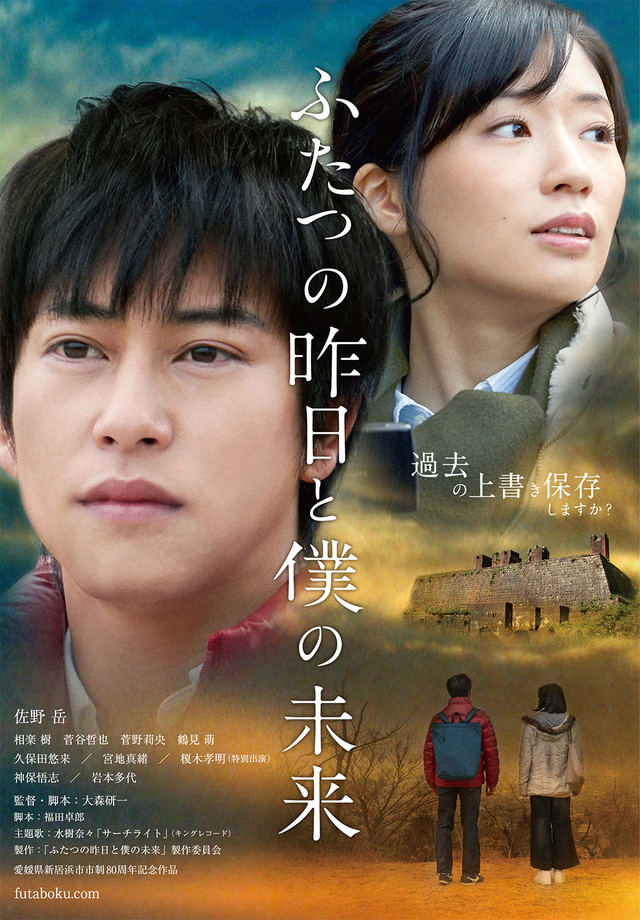 Kaito (Gaku Sano) was a marathon runner and hoped to compete in the Olympics. He gave up those dreams after an injury. Kaito now works in city hall and just drifts through his days. His girlfriend Marino (Itsuki Sagara) leaves him. One day, he goes to the mountain as a tourist guide. Heavy rain passes over the area. Kaito finds a mysterious mine and enters the mine to stay dry, but Kaito suddenly finds himself outside of the mine. The rain is gone and his memory is different now. Kaito has won a gold medal in the Olympics and he is still with Marino.