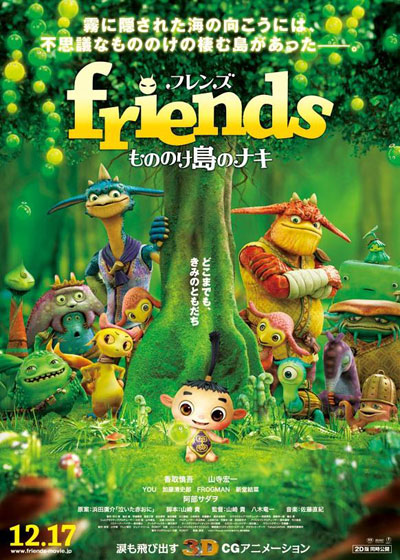 On an island, legend has it that monsters have lived there since ancient times. Because of this, the residents have named the island "Monster Island." In actuality, the monsters living on the island are friendly, but live in fear of humans.

A child named Kotake then wanders onto the island. A grumpy red ogre named Naki ends up taking care of the child. The grumpy red ogre doesn't get along with other ogres or humans and has only one friend a blue ogre named Gunjo. Then a strange thing happens with Naki, he starts bonding with you the young child.

Alas, the child Kotake starts to miss his parents and the red ogre Naki decides to take him back to his parents. When the villagers see Naki with Kotake they attack Naki and take away Kotake. Naki falls into depression and his friend Gunjo decides to do something about it ....