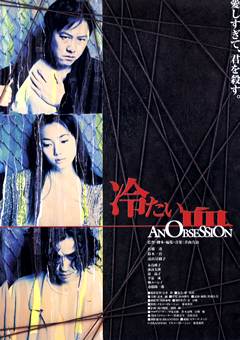 Police detective Sosuke has it pretty good. He likes his job, is best friends with his partner, and has a beautiful wife at home, who although an individualist, has always supported Sosuke in all his endeavors. Then, in a flash, someone takes all of that away. One evening when chasing the man who just assassinated a notorious cult leader, Sosuke is shot in the chest and left for dead. During the interim where he lays almost unconscious in a pool of his own blood and the time the ambulance arrives, someone steals his gun.

Sosuke loses his entire right lung, his wife Rie leaves him and files for divorce because she can’t deal with the stress of him being a cop, and he comes under inquiry because his gun is missing. Sosuke, a man who, by his own description, has emptiness where his soul used to be, resigns from the police force and begins to pick up the pieces of what’s left of his life.

Then, someone starts randomly killing people in nighttime Toyko, with Sosuke’s gun.