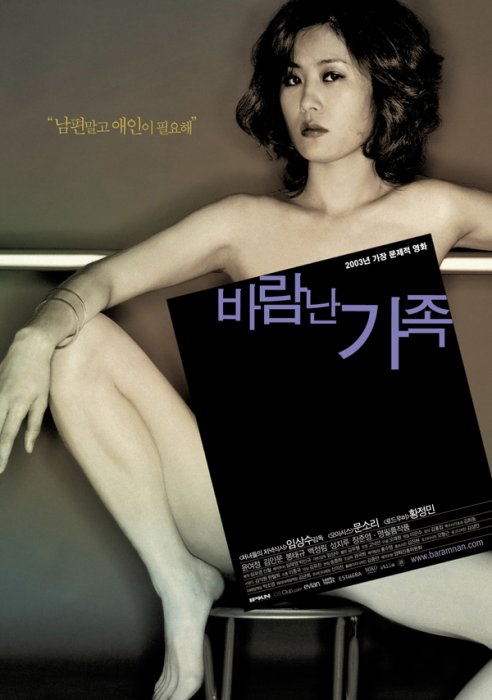 A family one day discovers that they’ve fallen into a web of indiscretion. A sixty-year-old grandmother finally discovers meaning in her life through an affair with her elementary school sweetheart. But instead of condemnation, the daughter-in-law silently applauds her mother-in-law’s confessions of “folly.” The husband presents himself as a model citizen-attorney, but in fact he’s a born playboy who untiringly focuses his energy on wooing women despite his love and devotion to his family. The wife meanwhile observes her spouse’s hypocrisy with disdain rather than anguish. Eventually, she too decides to bring little change to her life. ace Feb 21 2015 2:26 pm This is rather odious little film. Filled with tawdry people that possess absolutely zero moral fiber. While the acting was at mostly decent, I was quite disappointed in the cinematography choices at times. If your goal is to watch people have inappropriate sex, then this may be the film for you. Otherwise, it is safe give it a miss.