Difference between revisions of "When I Was The Most Beautiful" 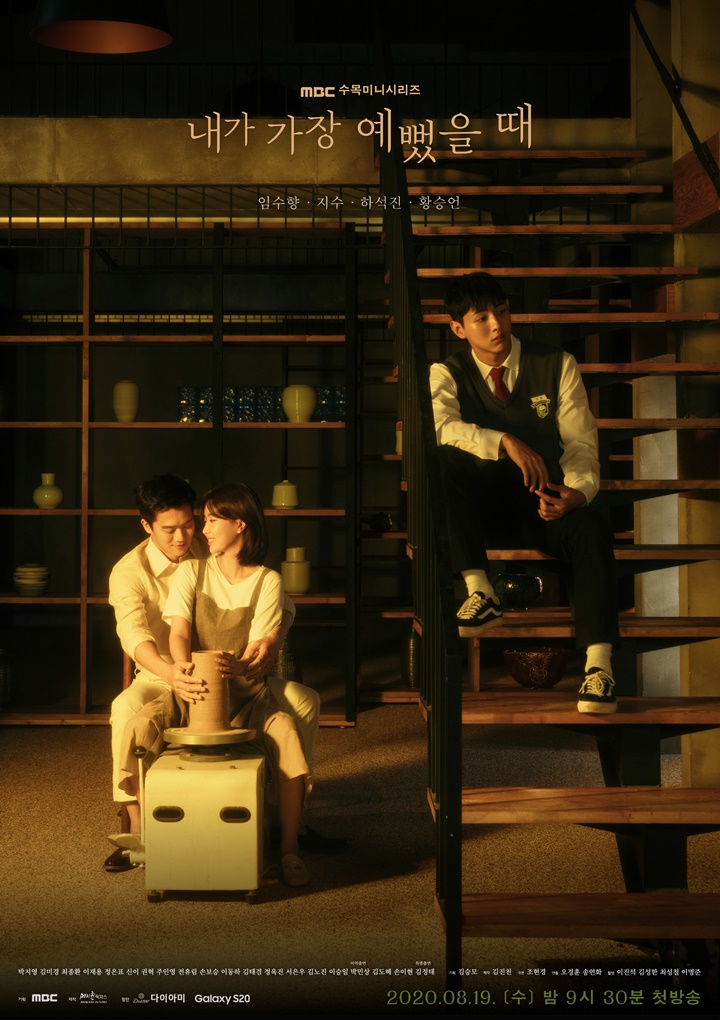 Oh Ye-Jin (Lim Soo-Hyang) is a ceramic artist. She dreams of finding ordinary happiness, but life throws her a twist when she falls in love with brothers Seo Hwan (Ji Soo) and Seo Jin (Ha Seok-Jin).

Seo Hwan is an architectural designer. He falls in love with Oh Ye-Jin at first sight, but his feelings puts him up against his older brother Seo Jin. Older brother Seo Jin is a race car driver. He became attracted to Oh Ye-Jin after he met her for the first time at his father's workshop. Meanwhile, Carry Jung (Hwang Seung-Un) is Seo Jin’s ex-girlfriend. Even though they broke up, she can't get over him.