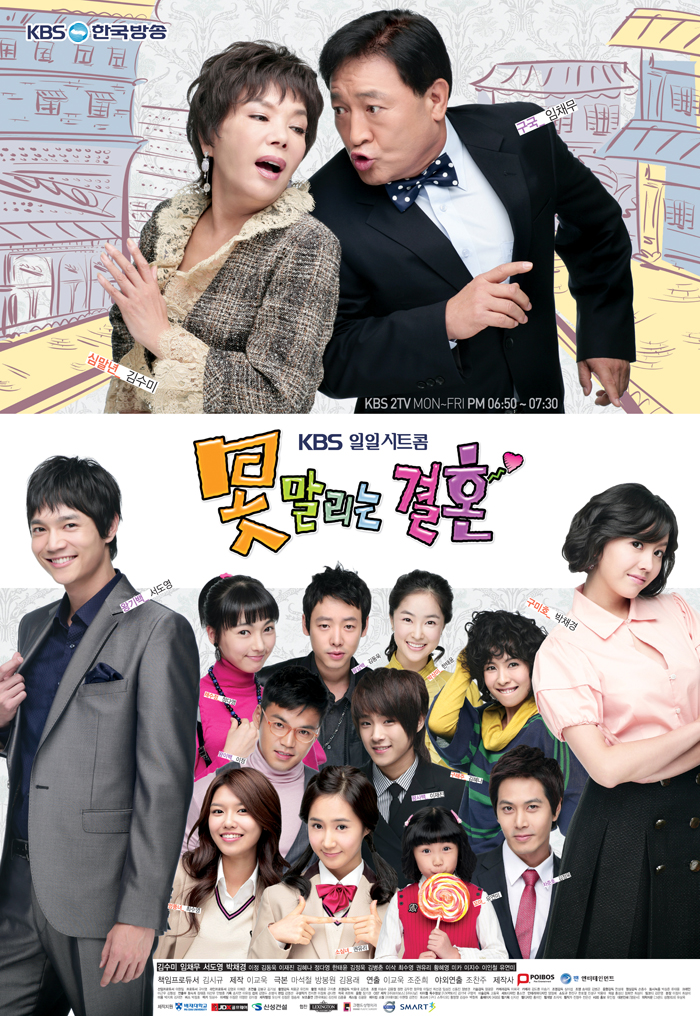 This is a story about four brothers: Wang Ki-baek, the eldest one who works as a plastic surgeon; Yi-baek, who barely graduated from college thanks to his mother, who built a swimming pool for his university to obtain his diploma; Sam-baek, a business administration major whose business administration skills are way too dubious; and Sa-baek, the youngest of the brothers who takes after Yi-baek, the most pathetic of the brothers, but who looks the most gorgeous among the four. Their mother, Mal-nyeon, is a hotel owner who is eager to have her sons get married to daughters from families of a high social status in order to make her own family join a high-class society. But the hotel she bought to “upgrade” the quality of her life becomes an apple of discord in the marriage deal. Her troubles begin when she meets a district official named Ku Kook to obtain permit for expanding Ki-baek’s hospital. As Kook refuses to issue the permit, Mal-nyeon decides to bribe him but ends up in jail. They become each other’s biggest enemy when the construction site of a resort being built by Mal-nyeon is found to be home to the grave of Kook’s deceased wife. Their unfortunate relation peaks when Mal-nyeon’s much-adored son Ki-baek and Kook’s precious daughter Mi-ho announce that they want to get married.

eLLa Jun 10 2011 4:27 pm i really like this drama,but now i cant watch this drama till end coz in my city there's not sell it.i'm live in indonesia,may u help to get it?