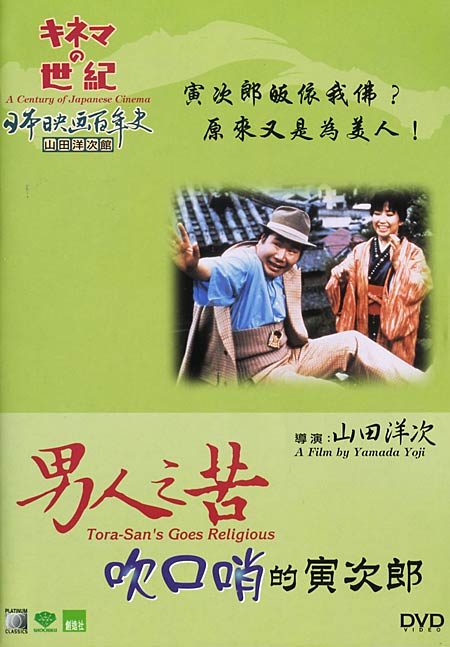 While traveling in the western part of Japan, Tora-san visits brother-in-law Hiroshi's hometown to attend a memorial service for his late father (played by Takashi Shimura in three previous entries). When the local temple priest (Tatsuo Matsumura, who played Torajiro's uncle in some previous entries) becomes intoxicated, Tora-san wearing the priest's robe delivers the memorial speech, much to his family's surprise. Thinking he's found his true calling, Tora-san decides to join the order, and falls for the priest's divorced daughter (Keiko Takeshita). The priest wants his son (Kiichi Nakai) to follow his footsteps, but his son wants to be a professional photographer instead. So, his son left home for Tokyo to pursue his dream. Then, the priest comes up with a brilliant plan. He wants his daughter to marry Tora-san, then Tora-san would become his son-in-law and take over the temple. After hearing this, Tora-san is ecstatic. He goes home to tell his folks that he will become a priest from now on...