Difference between revisions of "The Spies Who Loved Me" 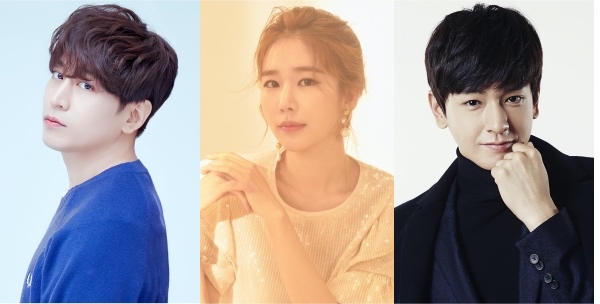 Jeon Ji-Hoon (Eric) disguises himself as a travel writer, but he is actually a secret agent for Interpol. His job as a secret agent is way for Jeon Ji-Hoon to support himself financially. He is currently divorced. He was married to Kang A-Reum (Yoo In-Na), but they divorced without Kang A-Reum learning about his secret life as a spy.

Kang A-Reum now works as a wedding dress designer. She met Derek Hyun (Lim Ju-Hwan) after her divorce and they eventually married. Her current husband works as a diplomatic official and seems gentle and warm. His secret is that he is actually a cold-blooded industrial spy. Derek Hyun treats his wife sweetly, but, for his job as an industrial spy, he will do anything. He loves Kang A-Reum sincerely, but he also hides his true self from her.